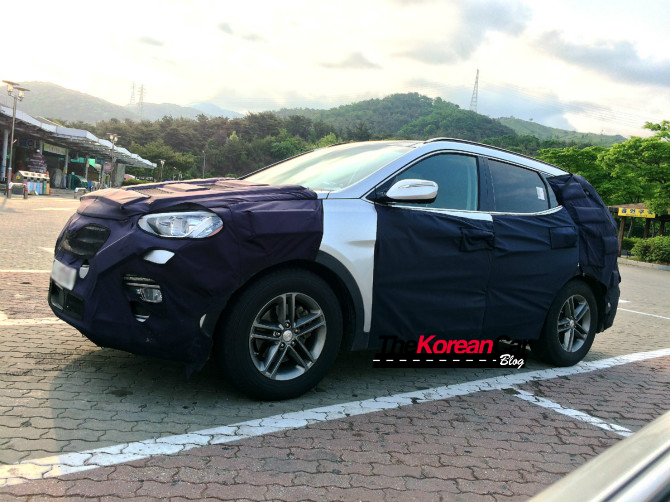 Today we can share with you first spy photos of the 2016 Hyundai Santa Fe facelift caught while the car continue its testing around South Korea.

[ads id=”0″ style=”float:left;padding:9px;”]Looking at the pictures, the Hyundai Santa Fe facelift expected to introduce little updates such as a Tucson inspired muffler, but now in the latest pictures we can see a different muffler, redesigned front and rear bumpers, newly designed LED front and rear lights plus newly alloy wheels.

The 2016 Hyundai Santa Fe facelift is expected to be first mass production Hyundai SUV in cooperation with Hyundai WIA (a member of the Hyundai Motor Group and the 2nd biggest automotive parts manufacturer in South Korea) and to be launched this year. 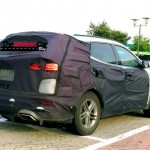 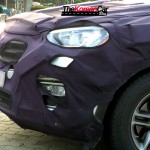