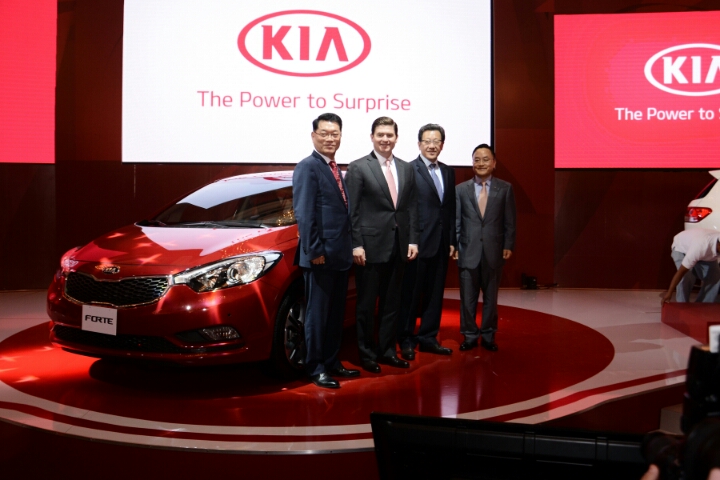 Kia Motors Corporation officially launched the Kia Motors Mexico today at a ceremony held in Mexico City. Around 250 government officials, industry leaders and media were in attendance to witness the ushering in of a new entrant to the local automotive market and a new era of global expansion for the South Korean automaker. VIPs on hand included the Governor of the State of Nuevo León, Rodrigo Medina de la Cruz; Investment Director of ProMexico, Juan Pablo de Negris; and the South Korean Ambassador to Mexico, Beeho Chun.

[ads id=”0″ style=”float:left;padding:9px;”]Final details on Kia’s entry to the Mexican market were confirmed at the event. The world’s ninth largest automaker will commence retail sales at 21 dealerships in 10 major cities across the country on July 1, 2015.

Initially, three import models – Forte (‘Cerato’ or ‘K3’ in some markets) sedan, Sportage compact CUV, and Sorento midsize CUV – will be available to the Mexican public, with the all-new Optima midsize sedan to be added to lineup in November 2015. The company also confirmed that all Kia vehicles sold in Mexico will be covered by an industry-best 7-year/150,000 manufacturer’s warranty. 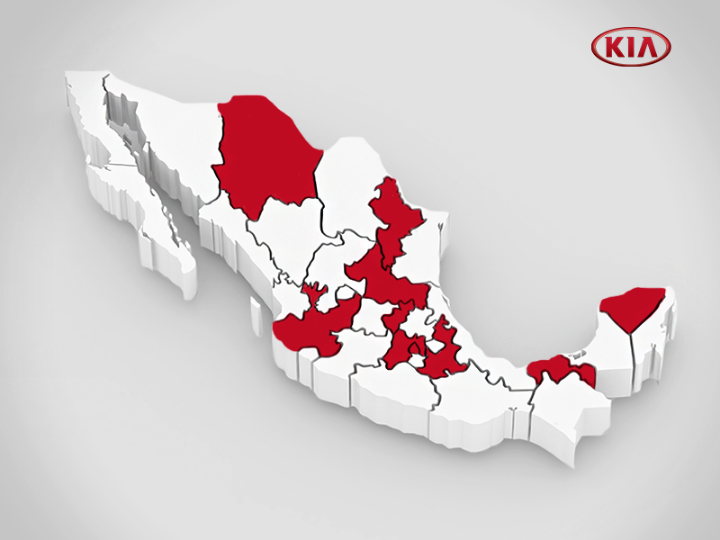 The company also announced that the national dealer network will continue to expand, with an additional 26 dealers expected to be in operation by January 2016 and a total of 65 dealers serving customers by 2017. All Kia dealerships in Mexico will feature the brand’s signature ‘Red Cube’ space identity.

In his opening address at the ceremony, Kia Motors Executive Vice President & Chief Operating Officer, Tae-Hyun (Thomas Oh), said, “As one of the world’s last remaining markets in which the Kia brand does not have a sales presence, our aggressive entry into Mexico is a clear sign of the importance this market holds for our future, and we are excited to provide local consumers with stylish vehicles that feature world-class levels of quality, safety and technology, all backed by a warranty that is unmatched in the market.” 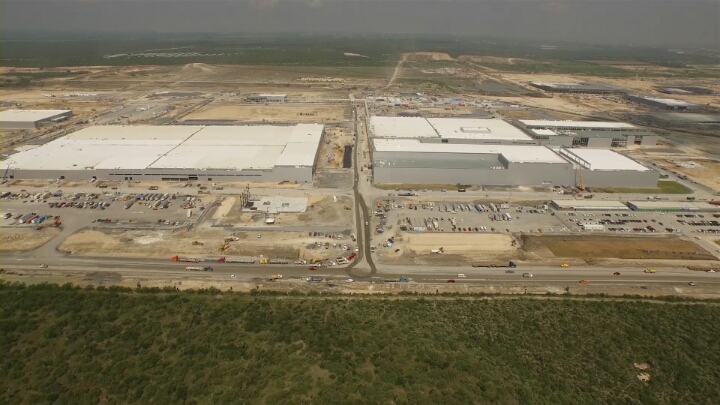 Meanwhile, construction of Kia’s first manufacturing plant in Mexico, located in Pesqueria, Nuevo León (near Monterrey), is approximately 50 percent complete and the US$1 billion state-of-the-art facility is on schedule to commence mass production in mid-2016. Construction began in October of last year and is expected to be finished in December of this year. The plant, which will boast an annual production capacity of 300,000 units, will then enter a five-month period of pilot production for final quality-assurance verification before the first customer-bound cars roll off the line.

The popular Forte sedan will be the first model to be produced at the Kia Motors Mexico plant and other yet-to-be-confirmed compact Kia models will be added to the local production lineup. In addition to supplying the local Mexican markets, vehicles from the plant will be exported to numerous countries in the region including the United States and other Latin America markets. 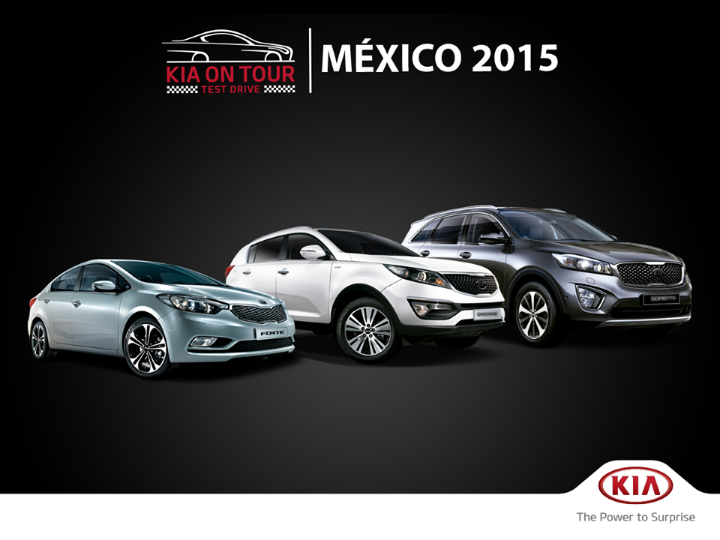 When the plant enters operation, Kia’s global manufacturing capacity will be boosted to 3.37 million vehicles. Meanwhile, significant employment creation is being generated by the plant project, with approximately 3,000 workers to be hired directly by the Kia Motors Mexico plant and around 7,000 additional jobs to be created by supplier firms by 2017.

Mr. Oh concluded, “We look forward to contributing to the continued growth of the Mexican economy and local auto industry by creating large-scale employment opportunities while giving Mexican consumers exciting new choices in their motoring lives. I am confident that Kia will get off to a fast start in Mexico and that Kia owners will enjoy market-leading levels of customer satisfaction.”