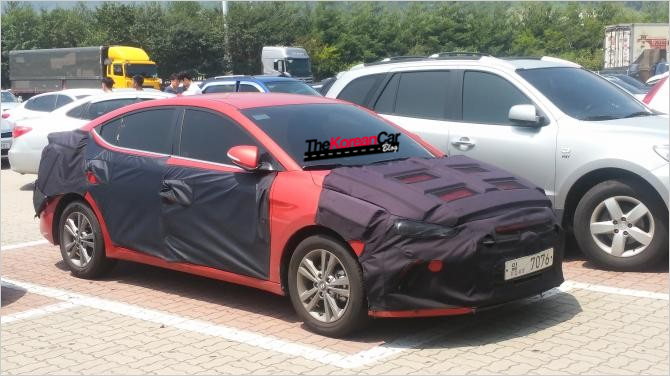 [ads id=”0″ style=”float:left;padding:9px;”]Developed under the Fluidic Sculpture 2.0 design language, the 2016 Elantra will perform a more bold design, with the new signature hexagonal grille like Hyundai are introducing in the latest models, new sheetmetal line, redesigned front and rear bumpers, LED lights and a higher quality interior.

The engine line-up will depend on the market, for example the 2016 Hyundai Elantra will use a 1.7 CRDi e-VGT for European and South Korean markets while for North America, will focus on the new 1.6 T-GDi delivering 174-hp that we already tested in the 2016 Tucson. Transmission options should include 6-speed manual and 7-speed DCT automatic transmission.

The 2016 Hyundai Elantra is expected to be unveiled at the 2015 Los Angeles Auto Show in November, following the launch in South Korea.