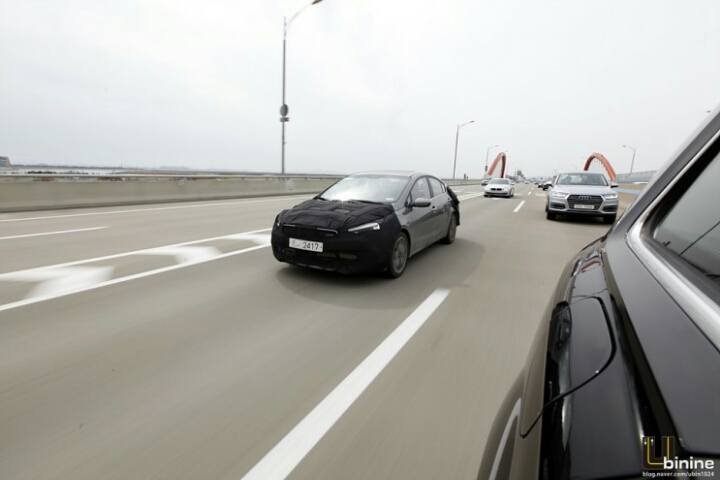 Well well well look what we have here, if the new Sorento wasn’t enough, Kia is giving us another suprise thanks to the guys from ubinine who caught it while they were test driving the Audi Q7.

Well indeed, this is the Kia K3 or also known in overseas by Forte, what we have here is the 4 door sedan version just crusing on the highway minding their own business until a fleet of new Q7 spot it.

As most cases between the two South Korean companies, Kia is a little late for the party and now that makes Hyundai not the only one making a Sport version of one of their popular sedans. 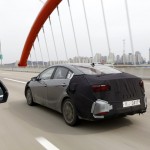 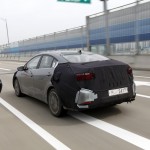 We already know Kia gave the Koup and Forte5 version the 1.6 T-GDi, something a lot of Kia car enthusiast were waiting for but that left the sedan version without all the fun, which I’m sure most people were ok with that but seems Kia wants to party with Hyundai too.

As always, all these new cars are all wrap with a thick layer making it hard to tell the new changes but something we can tell is the tailights might have a different design than the regular sedan version, they look more like the K7 or Cadenza tailights with the big Z going all across them.
Another change on the back is the dual exhaust tip, giving the extra touch of sportiness and completing the look for the Forte sedan. 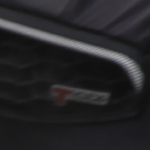 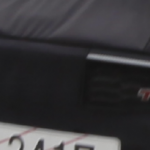 Now you may say why is this the new Forte “Sport”, well right in the front of the grill it gives away the big news, something that the back couldn’t tell us, there is a T-GDI emblem that confirm what Kia was working and we didn’t even knew about. 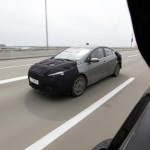 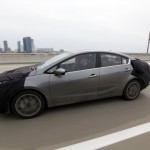 Now when it comes to engines, well it could either be the same as the other 2 brothers, the 1.6L engine, or we might see the new Kappa engine that new Elantra Sport is also getting, the 1.4L producing 140 horsepower and 178 ft/lb of torque. Correction, the Elantra Eco is receiving the new 1.4L Turbo engine, we are expecting the same 1.6L Turbo engine to be found at the Sport version.

I’m sure there are a lot of Kia enthusiast who loves the 4 door Forte than the Koup and even the Forte5 but a lot of them went for the other models because it lacked the sport engine. Since Kia is now ready to suprise us with a new model, would you now consider getting the Forte 4 door Turbo?