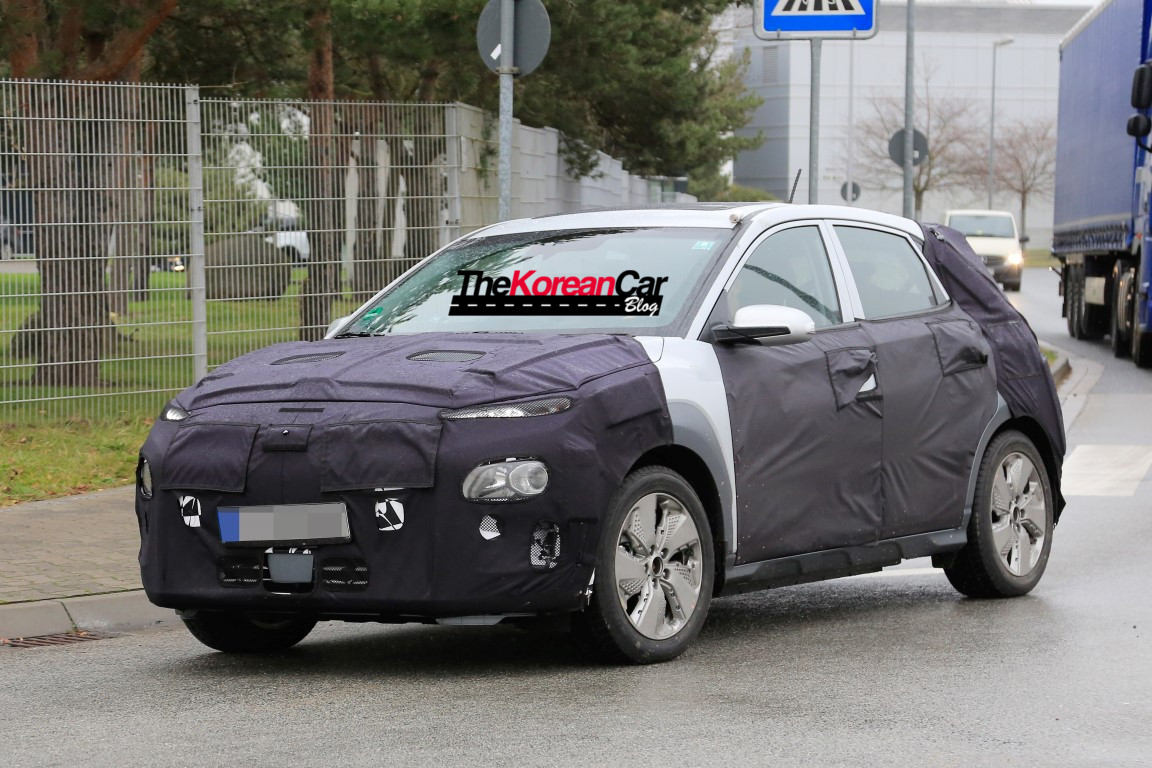 Hyundai has surprised everyone opening pre-orders for the future Kona EV SUV before the official debut. According to Motor.es and mainly due to GM’s confirmation of 5,000 Bolt’s will arrive soon to South Korea, Hyundai make a move opening pre-orders even before that customer meet the future electrified SUV, set to be revealed on April.

[ads id=”0″ style=”float:left;padding:6px;”]The electrified model will look more or less the same as the Kona with a combustion engine, with the difference that the exhaust is missing and that there are small changes in the grill and bumpers.

We can see that this prototype is running on some new designed wheels which are specially (and more aerodynamic) for this electric version. Rumors are that the new Hyundai Kona EV has a range of more than 390 kilometer.

Latest reports suggests that Hyundai has plans to sell the Kona Electric with two different battery packs: a 40 kWh and a bigger one with 64 kWh. The 64 kWh should have enough power for around 210 miles as per EPA’s test cycle (340km), which would allow to fight against Tesla Model 3 and the Chevrolet Bolt.

Then, in 2019 Hyundai plans to launch the 64-kWh Kona variant and retail for just under $40,000. According to the source, LG Chem will be behind of this battery and powertrain components, and it is probably to use it the same electric motor inside of the Bolt.

The Kona EV will arrive to Europe and US-markets starting on Summer.