The new 2019 Kia Proceed has been caught testing on the Nürburgring. This is the first time that we see this prototype testing at the Nürburgring and we got some fresh pictures thanks to our friend at SB-Medien

[ads id=”9″]Today we can share this pictures of a very advanced test mule of Kia’s new Ceed variant, the Shooting Break (which is set to debut in Paris in a few months) wearing the GT skin and being tested at the Nurburgring circuit.

The new Kia Ceed was revealed in March during the Geneva Car Show and we expected that the more powerful GT version is set to be revealed in Paris during this fall, alongside the new Shooting Brake variant, but at this time, we are pretty sure that the Ceed Shooting Brake GT model will be the star of the presentation.

At the beginning was very unclear to know about if the automaker had already designed a production version (and we have forwarded here in one of our reports) and then was AutoWeek who in a discussion with Kia’s head of product planning confirmed that the car will reach the production line. 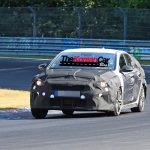 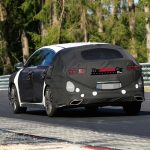 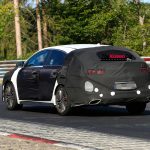 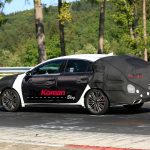 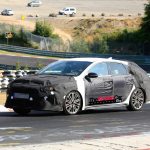