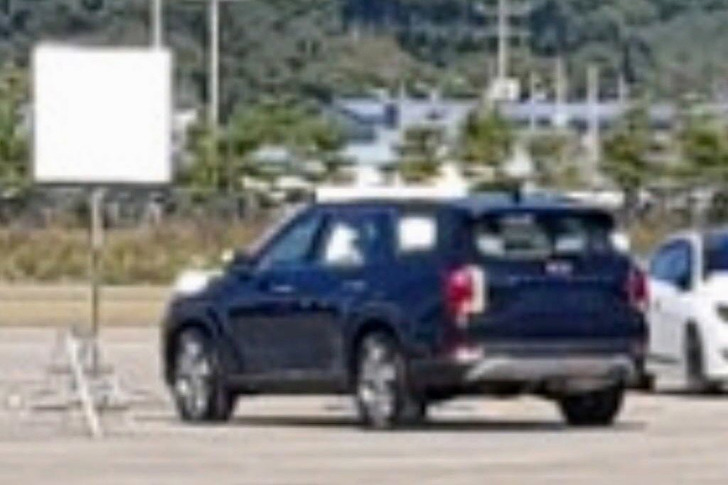 Hyundai already launched the fourth generation of its Santa Fe SUV around the world, and now it’s time to put our attention on Hyundai Palisade, who were caught in South Korea during a commercial photoshoot, but the pictures were leaked in a very weird and suspiciously blurred finish, and does not allow us to see every detail.

As we told you guys before, South Korean carmaker were working on a separated big-sized SUV, the Hyundai Palisade, a real Veracruz sucessor, larger than the all-new Santa Fe and with a big differences in exterior and interior design, and despite the blurred pictures, is it clear that is very similar to the Grandmaster Concept.