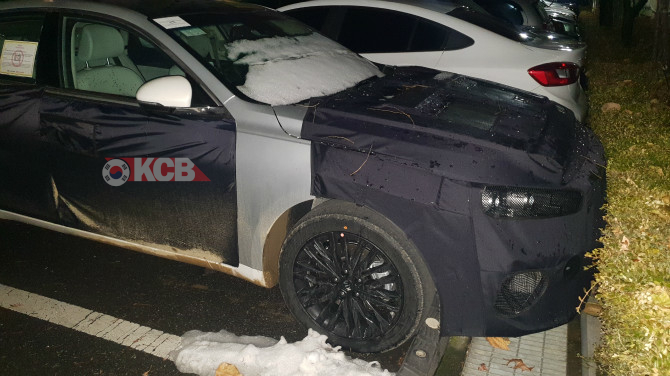 We got the very first and exclusive spy shots of the Kia K7 Facelift (also known as Cadenza in overseas markets) while has been caught in South Korea.[ads id=”9″]

This prototype has been caught testing in South Korea, where probably they’re starting the first real life test for the updated luxury sedan. According to the sources, the K7 was testing alongside a Genesis G80.