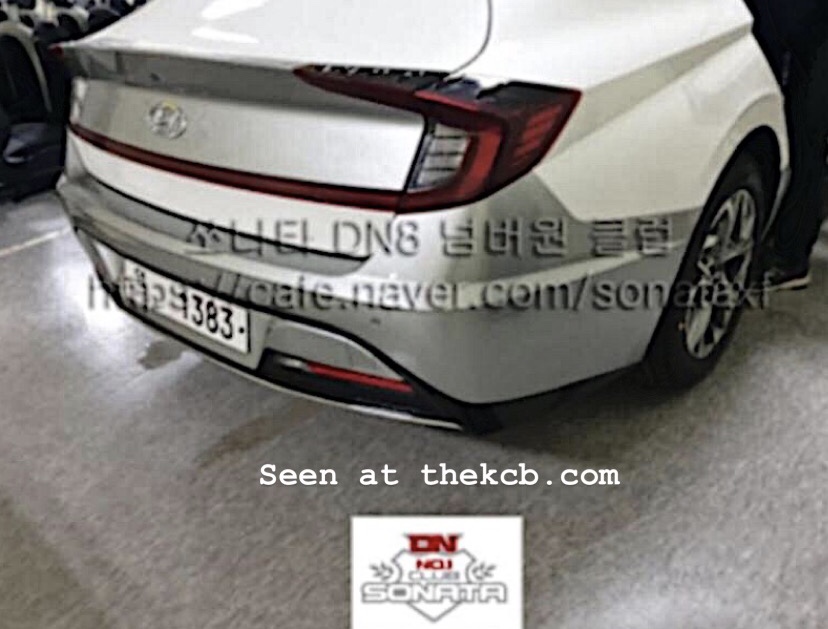 We have seen a lot of spy pictures and information about next-gen 2020 Hyundai Sonata, the 8th gen, and even the confirmation for NY AutoShow launch, but today is the first time we bring you guys a fully undisguised pictures from the front & rear end and a first look inside thanks to DN Sonata Club who managed to got this photos directly from inside the plant.

The new Sonata seems to be nicer & sportier than its predecessor and looks like it follow many design cues from the Le Fil Rouge, a concept car model showed by Hyundai at Geneva Motor Show, and which has received good receivement.

On a recent interview with Hyundai’s Head of Global Design center, SangYup Lee said “The new Sonata is quite challenging for us obviously just because we all know that market is shrinking and taken over by SUVs,”

“It’s almost like a four-door coupe style without compromising the usability inside,” Lee added. “We will make big statements this year.”

If you take a look to the pictures you will see that the new Sonata follows what Mr. Lee said, with a big front grille,headlight-mounted LED daytime running lights while the car captured were wearing the final design rear taillights, with boomerang-type design and with a stripe that connect them. Inside we found the same “Shift by wire” gear controls premiered on the Palisade.