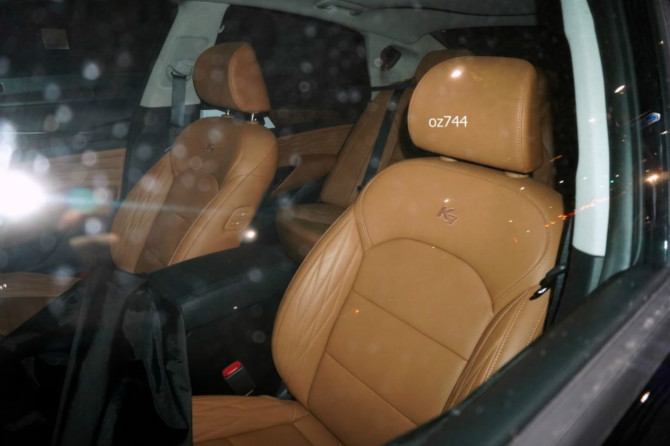 Released on January 2016 in South Korea (fall 2016 in US), is probably that the facelift model will arrive in mid-2019 and at the end of the year for the US-market, but this first spy pictures told us that a mid-life facelift isn’t that far away.

This time we found interior pictures of the Kia K7, the seats are wearing brown leather with some design on the side of the seats but also the name of the model stitched on the seat “K7”. On the passenger seat we also found the 2 buttons which retracts the seat for comfort of the rear passenger.