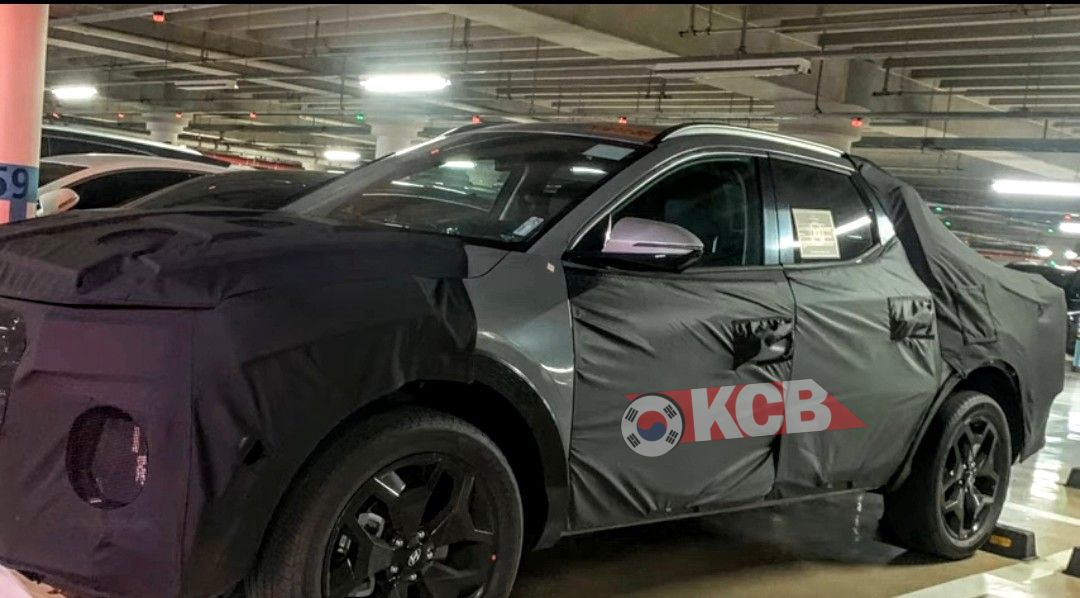 Shares
After Hyundai released the confirmation that they will built its own pick-up truck at the Alabama Plant starting in 2021, today we can share with you the very first picture of the Pick-up prototype wearing the final body. [ads id=”9″] What we know so far? Only a extended wheelbase Tucson prototype were caught during Hyundai Motor Group R&D Motor Show with GX codename, thanks to SHM, but according to the sources, this pickup codename is NX4 (the same as Tucson) with the addition of the letters OB, so “NX4 OB”. We have continued asking and we discovered that this pick up were already showed on latest Hyundai U.S Dealer Convention on its final form (on-site), so the design is already finished. According to the head of Hyundai’s Global Design Center in Namyang, South Korea the production model will feature an updated design. As SangYup Lee explained, the upcoming pickup will be “a lot more distinctive” and have “a lot more character” than the well-received concept car. So, where’s the proof that the pickup is already being tested? We have reached the conclusion that this pickup is being secretly tested at Hyundai’s Proving Ground at California City, near Los Angeles, probably one of the best places to test a pickup preveting that someone spied up close, and test mule should appear probably on the road soon. [ads id=”8″] Also Hyundai Motor and its affiliates are in the process of updating the lines and supply lines of the Alabama plant, as the company has decided to produce Hyundai’s next generation Tucson (codenamed NX4) earlier 2020, while pick-up derivative launch for late 2020. Information indicates that the Pickup will have a 2.5-liter engine, with a hybrid option and will be a four-door ‘lifestyle’ pickup with a monocoque chassis. Its target market will be millennials, which Hyundai describes as ‘a new generation of buyers’ in its press release. As for what the pickup will look like, that remains to be seen, but Hyundai used the photos of the concept Santa Cruz for its production announcement, which would lead one to believe that the upcoming truck will pretty much resemble its prototype. What do you expect about this pick-up?
← Prev: 2020 Genesis GV80 Front Design Leak Kia Sorento Rendering Looks Promising →