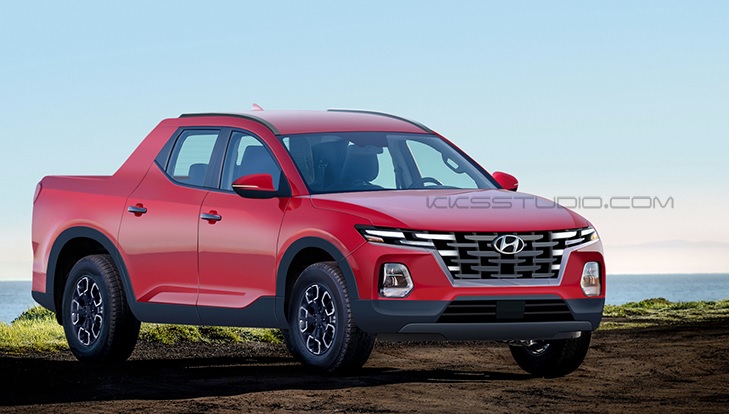 After we’ve got the first winter testing spy shots of the all new Hyundai Santa Cruz Pickup prototype, today we want to share with you a rendering of how the Hyundai pickup could look thanks to Kksstudio.