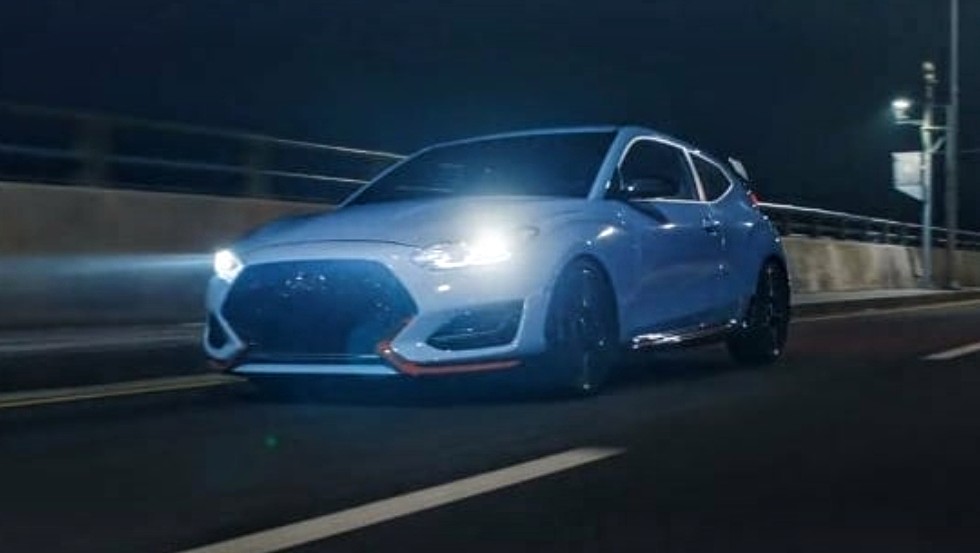 Hyundai Motor Company released a 2020 Veloster N teaser video on its official YouTube channel yesterday. This is model year change made two years after Veloster N was released and will include some new features as 8-speed DCT, or NGS, but what is that?.

The 14-second video spent about a third to illuminate the interior of the new Veloster N. Unlike the exterior, where large changes cannot be confirmed, it can be confirmed that new specifications are applied to the interior.

The first thing that catches your eye is the bucket-type sports seat. The metal molding with the N logo imprinted between the headrest and the backrest is confirmed, and a built-in illuminator emits blue light from the emblem.

The cluster is illuminated with a high-performance driving technology called N Grin Shift (NGS). This is a function similar to the Sport Chrono package applied to Porsche, and is an ‘overboost’ function that temporarily boosts vehicle performance. Based on the position of the NGS button, it seems to replace the rev matching function of the Veloster N manual transmission model.

The 2020 Veloster N combines the existing 2.0-liter gasoline turbo engine with an 8-speed wet DCT. According to the company, the new transmission incorporates new technologies that maximize power transmission efficiency and responsiveness, including applying DCT-specific control logic and adding an electric oil pump and accumulator.

The performance and specifications of the new car were recently released through the government’s fuel efficiency certification notice. The maximum output is 275 horsepower, the maximum torque is 36.0kg.m, which is the same as before, and the tolerance weight is increased by 50kg. Combined fuel economy was 10.2 km / l, slightly lower than the manual transmission model (10.7 km / l).