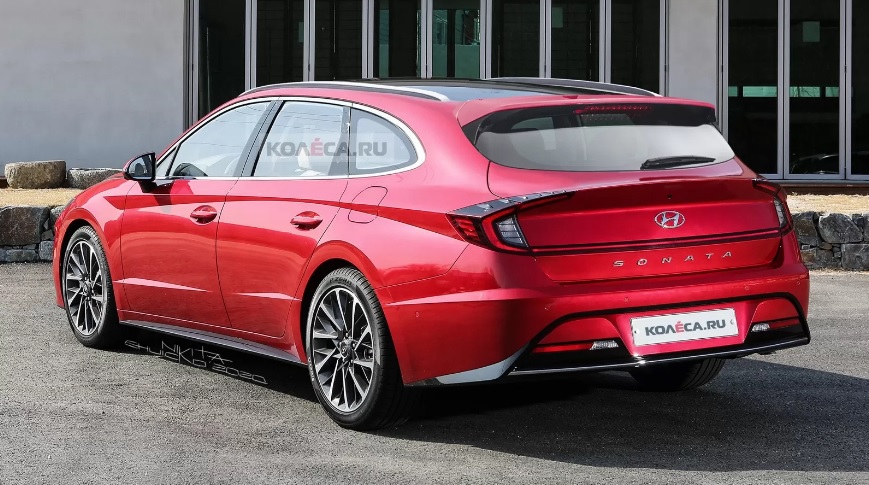 While Hyundai were developing the latest generation Sonata, the eighth, some rumormill said Hyundai will make a comeback into the European market with the Sonata sedan, killing the i40 nomenclature and also, completing it with a wagon model, exclusive for the European market. When more than ever this seems unlikely to happen, the guys at Kolesa.ru made this rendering that makes us rethink about it.

The i40 was originally launched in 2011, exclusively for Europe (later on arrived to Australia or Malaysia and placed above Sonata) and has suffered two makeovers including new powertrains and latest safety systems, the last update were on sale on October, with Sedan and Wagon bodytypes but now it’s an outdated model.

Like Kia did with the Optima wagon, the report said Hyundai were also preparing a Wagon variant of its sedan, in order to support the sales of the sedan in markets like Germany, Belgium or Scandinavia where the Wagons are on high demand despite SUV hysteria. But this plans could have been scrapped as the sedan is still missing and after Kia recently discontinued the Optima and said won’t import the new K5.

Could we say that all hope is lost? Well, Toyota recently made a strange movement in Europe where they extended it’s mid-size sedan Avensis lifetime until they have killed and now just landed the Camry directly from U.S. So we can still be surprised.

In the case Hyundai decide to launch finally the Sonata in the European markets, a selected countries will be used as test, launching hybrid variants and N-line possible (there are some hot sedans & and wagons still available so could be an intelligent movement for the N brand too). Diesel would be ruled out.

Is not a bad idea after all if Genesis is thinking about to launch a G70 wagon in the European market, but we need to separate both ideas as Genesis could be more succesful as being in the premium market were margins are wider.

What do you think about the renders and Sonata release in Europe? I’ll wait for your comments!