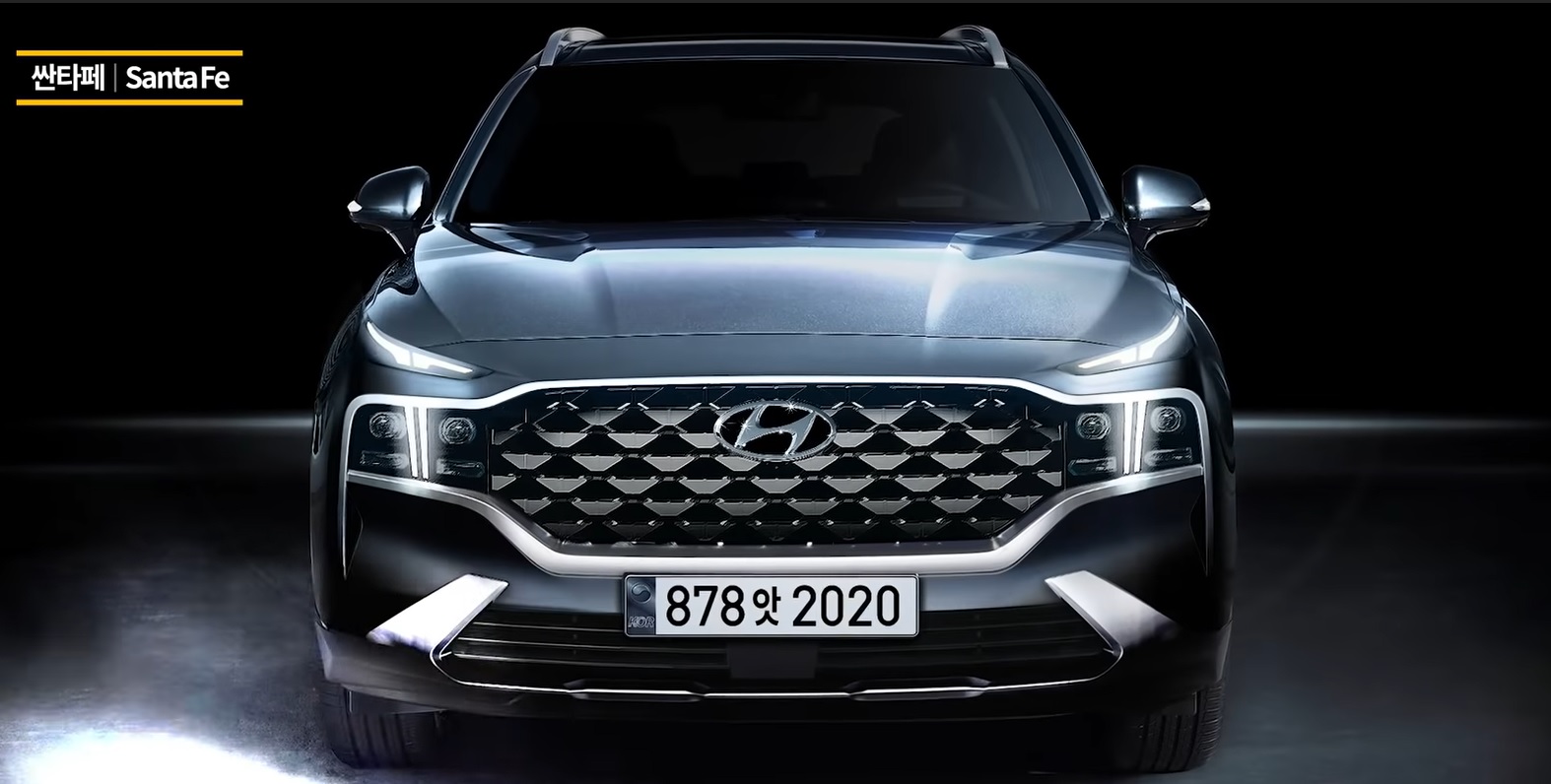 After we have seen yesterday the first spy pictures of what looks like N-Line version of Santa Fe facelift, today we want to share with you a rendering based on the official teaser revealed by Hyundai on Tuesday. What do you think?

Adding a plug-in hybrid to the Santa Fe, along with a common hybrid, is a good news for prospective consumers. A hybrid powertrain that combines an electric motor with a gamma 1.6 T-GDI gasoline engine will remain, while receiving an updated 2.2 diesel engine (the 2.0 won’t be available) and new gasoline engines such as 2.5 NA and 2.5 Turbo.