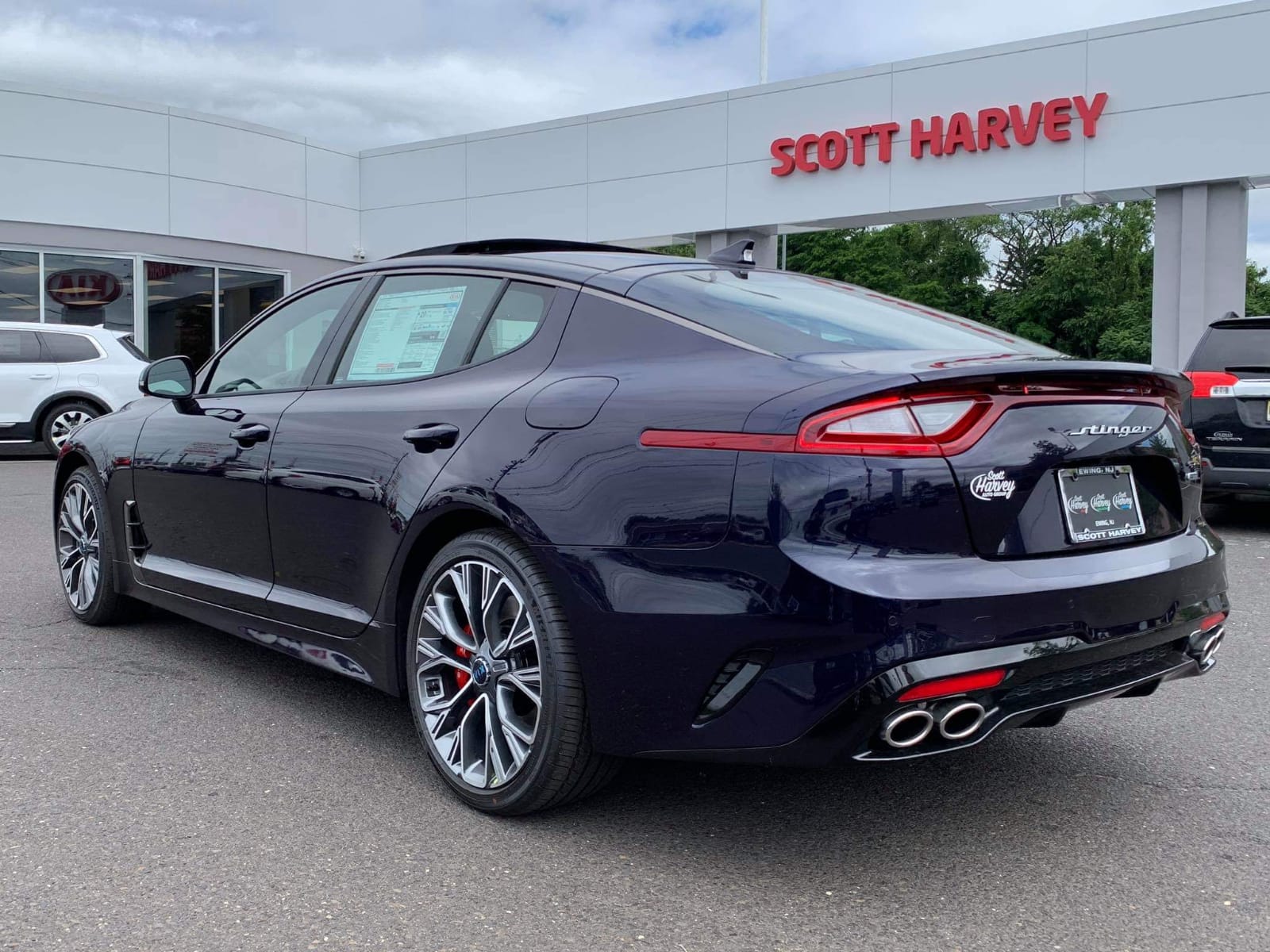 Called the Indigo Edition, this latest configuration of the Stinger brings a unique flavor of the Stinger we haven’t seen before for the US market, despite being available overseas in the past.

Based loosely on the basic Stinger GT AWD and capped at 500 units, The Indigo Edition has unique exterior and interior features to help it stand out in the crowd. All Indigo Edition Stingers boast an exterior paint color called Deep Chroma Blue which hasn’t been available in the US market until now. It’s a subtle dark blue that almost looks black, but in direct sunlight the highly metallic paint offers striking highlights.

The Indigo Edition also introduces an alternate style painted and machined 19 inch wheel that has previously only been offered in international markets. On the inside, Kia has graced the Stinger GT Indigo Edition with a unique all-brown colored interior. And this is not just a few pieces here and there finished in a brown color that’s not too dark and not too light – it is every piece of the interior.

For example, in addition to brown leather seats, you get a brown dashboard, brown carpeting on the floors, a brown steering wheel, brown door panels, and brown shift knob (the Indigo Edition does not get the drive-by- wire system but features a traditional shift knob). That’s a lot of brown, so you better like brown if you’re going to buy this special edition.

The Indigo Edition does have a couple of other options that you normally wouldn’t see in a base Stinger GT, such as the wide-style power moonroof with power shade, wireless phone charger, the better 8” infotainment display with navigation, and the 720-watt Harman Kardon 15- speaker audio system which provides two under-seat subwoofers to rock the house. Those features are usually limited to the more expensive GT1 or GT2 trims.

The car even features the same plush Chamude headliner that we’ve seen before in the GTS special edition, which isn’t even offered in the top-of-the-line GT2. However, notable features that you don’t get in this version include the larger full-color display in the gauge cluster, adaptive cruise control (you do get standard cruise control), nappa leather, power telescoping steering wheel, or power liftgate.

The Stinger GT Indigo Edition enjoys the same twin-turbocharged 3.3 liter V6 engine as other Stinger GTs, mated to the same in-house 8-speed automatic transmission (albeit with improved logic over the “normal” Stinger GT), so this car’s performance will not disappoint. Additionally, the Indigo Edition has the same D-AWD system that debuted in the Stinger GTS.

KMA’s Director of Corporate Communications, James Bell, told us the Indigo Editions comes “with capability of sending up to 100 percent of power to the rear wheels, mechanical limited slip differential, Revised transmission control logic, and torque vectoring and stability control.”

The Indigo Edition is already on sale, so if you want one of the 500 examples that will be offered in the United States, make your move soon. According to James Bell, the MSRP of this special edition is $45,000, but we’ve already seen some dealers offering significant discounts, even with this special edition.