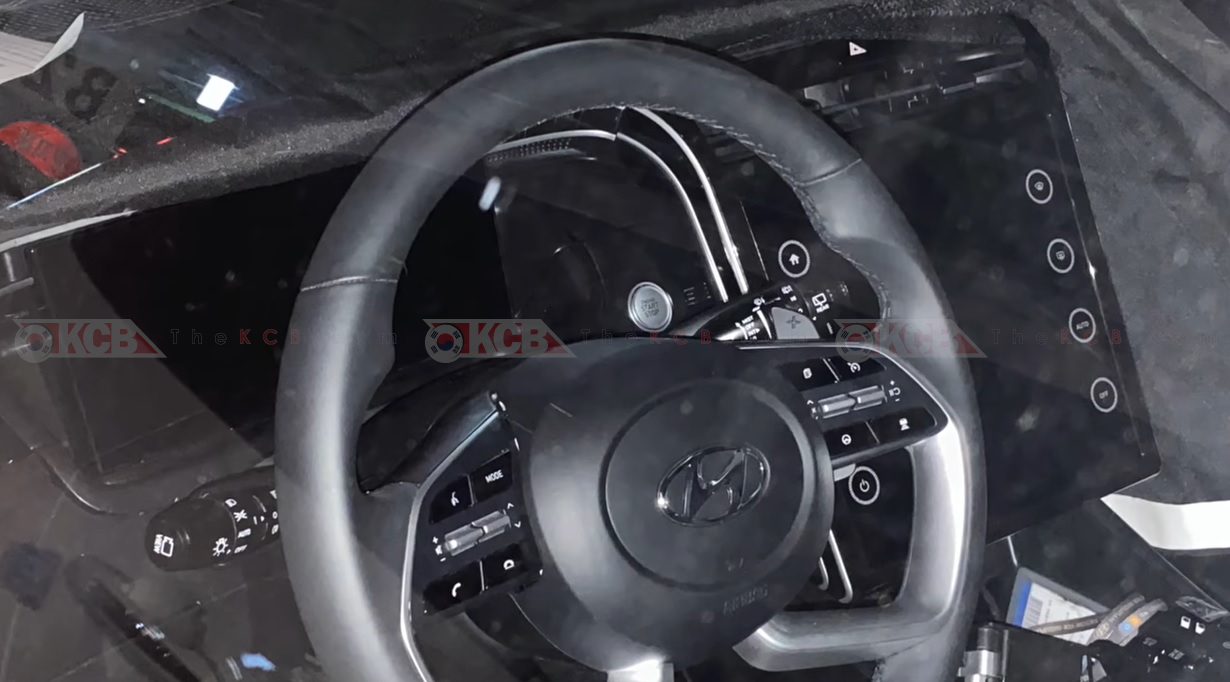 Today we want to share another picture of the 4th generation Hyundai Tucson SUV interior, codenamed as NX4, and the biggest surprise is a Tesla-inspired floating tablet for the infotainment system which have never seen before in Tucson spy shots. Together with the tablet type instrument cluster, the new and big screen (I think is bigger than 10,25″ inch which is the usual at Hyundai right now) has also touch-type buttons all over it.