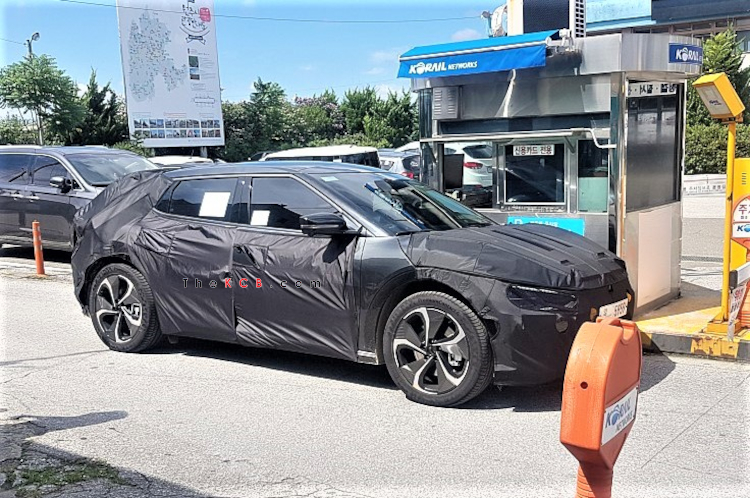 After a few days ago we were surprised by a mysterious vehicle captured in South Korea, today we want to share with you new pictures of the E-GMP Kia’s first EV production car that could be inspired by the Futuron concept car. This time, higher quality pictures allowed us to see in more detail the EV SUV, codenamed as “CV”, and we are kinda impressed.