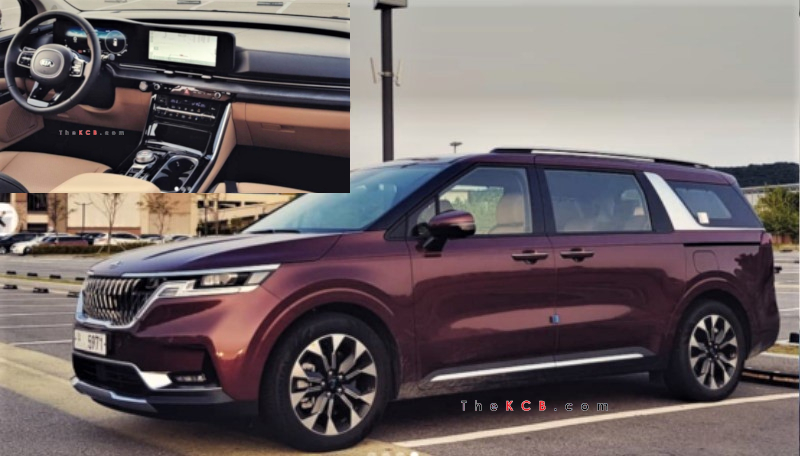 New pictures of the recently released 4th generation Kia Carnival (Kia Sedona for overseas markets) were caught in the wild ahead inminent release set for August 18th. Pre-orders will start on July 28th.The new Carnival powertrain configuration was released prior to its official launch on July 13th.

According to the Ministry of Environment’s Emissions and Noise Certification Center, the new Carnival powertrain consists on the new R2.2 diesel engine and a 3.5-liter V6 gasoline engine, which combines a 8-speed automatic transmission. The 3.5-liter engine has a maximum output of 294 horsepower.

However, there is a possibility of production fluctuations due to Corona19. The new Carnival Diesel is equipped with a SmartStream 2.2D engine. The engine is the same as Kia’s new Sorento Diesel, and it features less weight, improved fuel efficiency and improved noise and vibration by using new injectors and cylinder friction reduction technology.