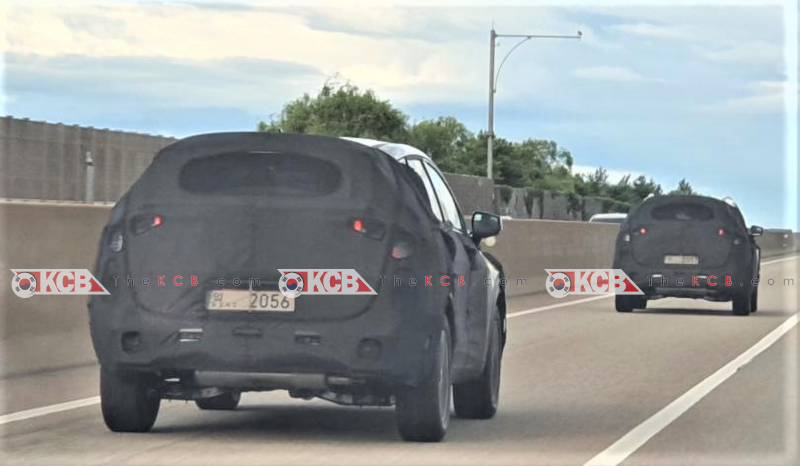 Today and thanks to our Instagram follower gracias_tl_ we can share the first spy pictures of what looks like to be the 4th generation Kia Sportage, codenamed as NQ4. Our follower captured two prototypes on the road, one of them looks like a long wheel base version, that could be the Chinese version (read more below).

As we have advanced on Kia’s Product Plan Schedule for 2020, all models announced on it were already released (Bongo 3 EV, Sorento & Sorento HEV or Sedona-Carnival) but this is the first time we have spied the Sportage NQ4. Despite we said NQ5, we contacted our industry sources and confirmed will be NQ4 as Kia didn’t count the one before Hyundai Motor Group’s stage. So there’s KM, SL, QL (the current one) and now NQ4.

Initially, Kia Motors expected to launch long body versions of the new Sportage in major markets including South Korea and Europe. This is attributable to Kia’s recent efforts to secure a full range of SUV products, diversification of products due to the weakening of the semi-mid-size SUV market, and expectations of the revival of the first-generation Sportage Grand (Longbody) after 20 years (pictured below).

So back in the article, the real thing is there’s not any picture or information yet of the next-gen Sportage prototype (despite what we are telling you now) and should be already testing in the road, like the Tucson (spied for the first time in July 2019 and to be released in August 2020) and this is the first time we can see, still on stage 1 (without production taillights).

So at that time, we surfed the korean forums in order to get some info and we discovered at Bobaedream, that an user said the new Sportage is delayed due to a change in design, and now rescheduled to mid 2021. Could be this design change the reason of Luc Donckerwolke’s resign at Hyundai Motor Group? This is an assumption or could be one of the reasons of this decision. Remember that Sportage is a vehicle that sells 500,000 units per year, so we are talking about a lot of money.