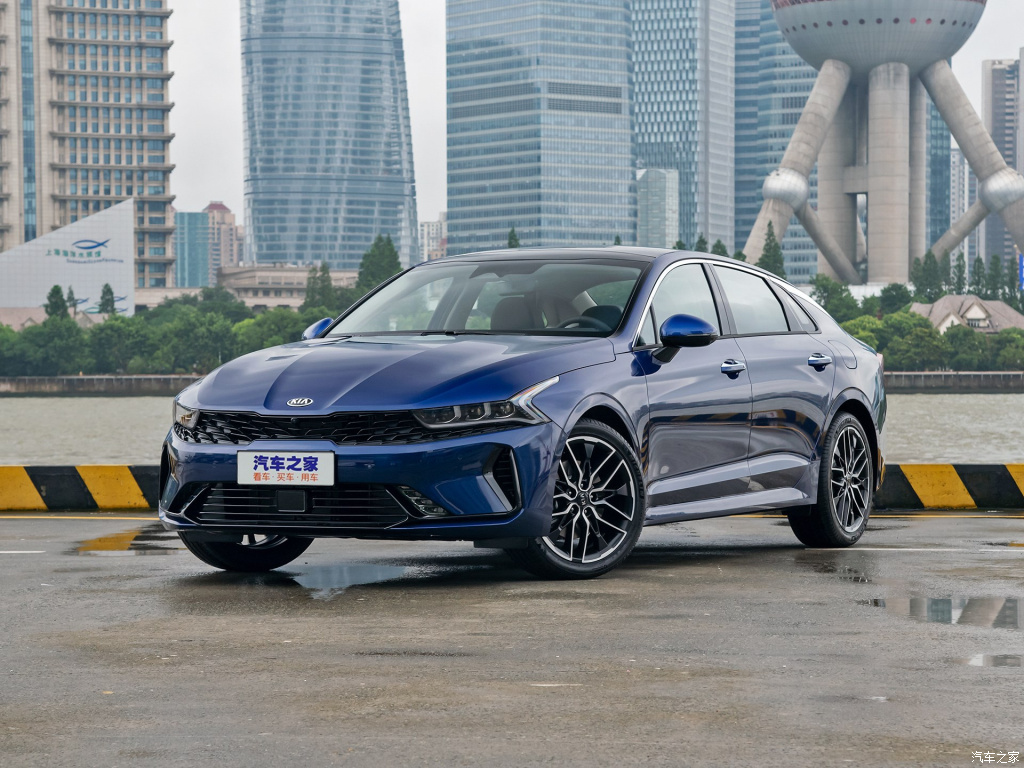 Chinese K5 comes with free life-time maintenance and a dynamometer warranty. The body of the K5 is 4980mm in length, 1860mm in width, 1445mm in height, and 2900mm wheelbase which is 45mm longer than the large sedan K7 (also known as Cadenza).

On the powertrain side, Kia will offer to new SmartStream Gasoline Turbo engines, like the new 1.5 Turbo (recently debuted on the i30 facelift) or a more powerful 2.0 Turbo. The 1.5 turbo is combined with the 7-speed DCT transmission to achieve a maximum output of 170 horsepower and a maximum torque of 25.8 kgm.

The 2.0 turbo is combined with the Smartstream 8-speed automatic transmission, and has a maximum output of 240 horsepower and a maximum torque of 36 kgm. The engine configuration is pretty different to what we already have seen in South Korea or the US-market.

Inside, a panoramic display with a digital instrument cluster and a same size infotainment system is applied. The big difference with regular K5 is the digital cluster is 12,3 while the IT system is 10,25. The physical buttons around the display were minimized and more changes were made, such as the touch-type air conditioner, the dial-type gear knob and the addition of a cup holder cover. The GT line has a dedicated seat and D-cut steering wheel.