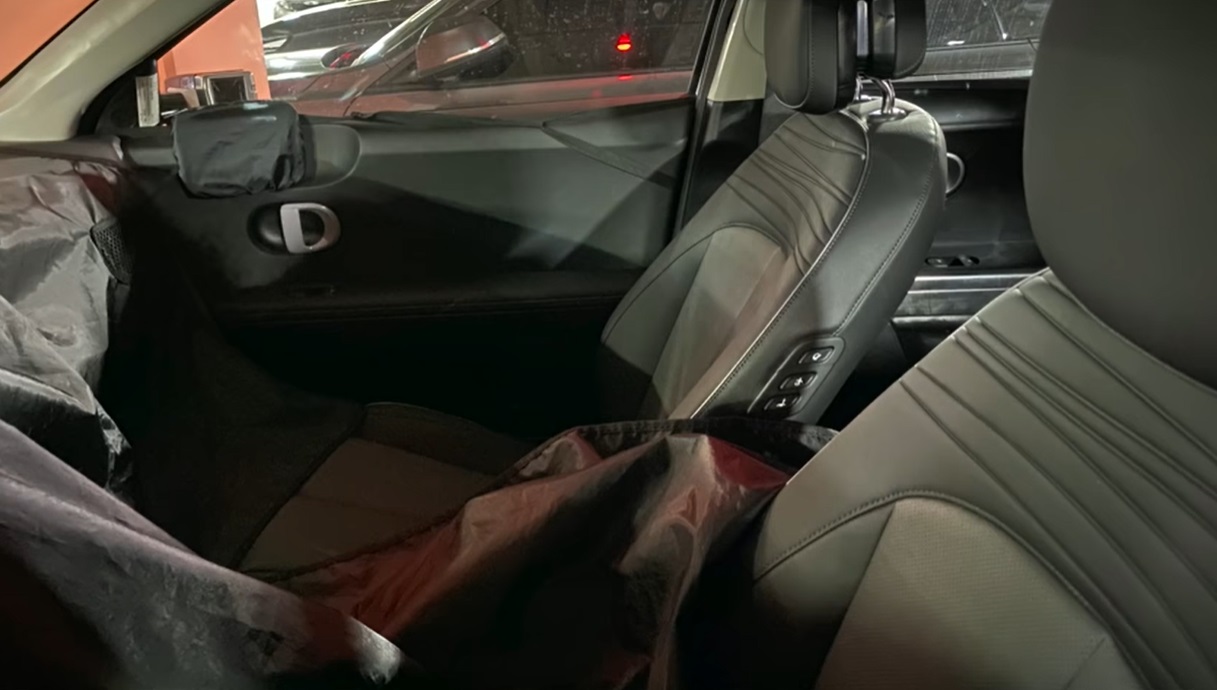 After we have seen the first application on Genesis JW EV, now it’s turn to take a look into Ioniq 5 EV prototype now with camera mirrors too, and for the first time, a sneak peek of the interior. Looks like Hyundai new sub-brand have chose an hybrid between Audi system and Lexus system, I mean, the way to show the images inside the car. They placed a small screen on the door.

You can see Ioniq 5 codename “NE”

The design is dominated by the observation that Hyundai will resemble the concept car 45 unveiled at the Frankfurt Motor Show in Germany last September. The 45 concept is a reinterpretation of the Pony Coupe concept car presented at the 1974 Torino Motor Show. The wheelbase (the gap between the front and rear axles), which determines the size of the interior space, is 3000 mm, which is longer than the large SUV palisade (2900 mm). An industry insider explained, “If you use a platform dedicated to electric vehicles, the interior space is large because you do not need space to put engines, etc ..

By the end of this year, Hyundai Motor Company plans to build 20 ultra-fast charging facilities and deploy 120 ultra-fast chargers. Hyundai will export the Ioniq 5 to Europe from January next year and release it to the domestic market in March. It will also enter the US in July next year.