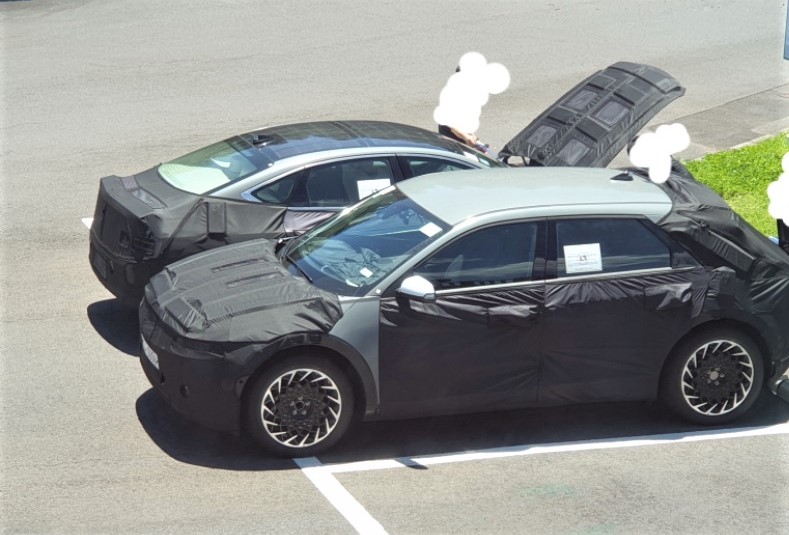 Today we want to share with you this singular picture where you can a see a very long wheel base Hyundai Ioniq 5 that is hiding an intersting thing. The sedan behind is a Genesis G80 EV or “eG80” and looks like is testing a Solar Roof version for electric vehicles.

← Prev: Second Gen Kia Niro to Debut Next Year What if Genesis JW Looks Like This? →