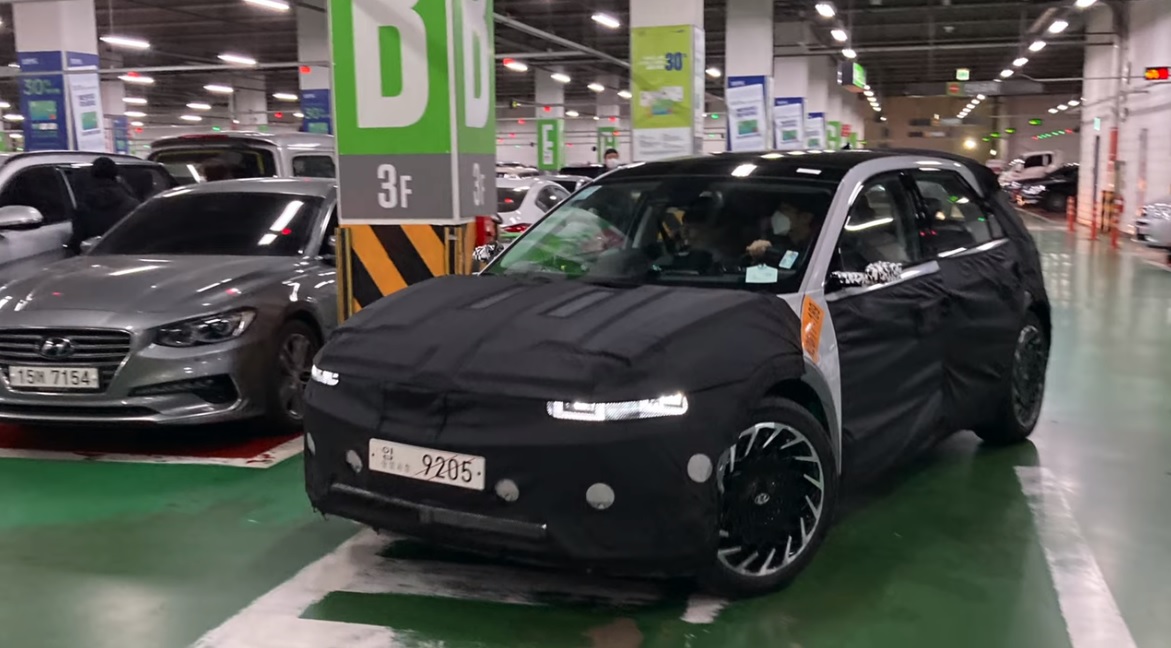 After we shared exclusively the specifications of Hyundai’s All-New Ioniq 5, today we have new spy pictures where the Ioniq 5 prototype was caught inside of a parking lot in South Korea wearing the production camera mirrors as well as the solar roof.