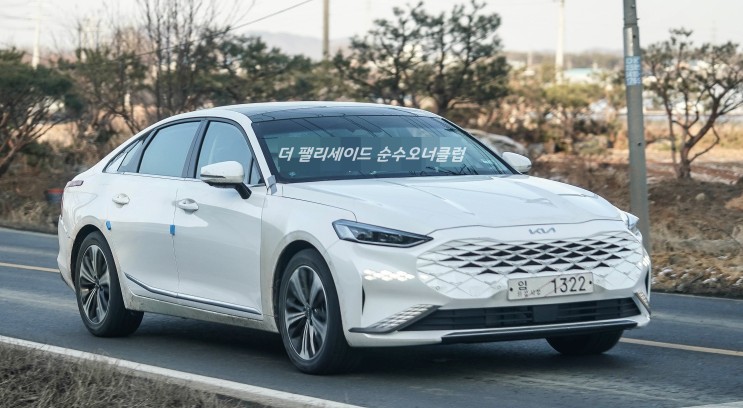 While yesterday we shared the first real-world pictures of the All-New Kia K8, today we comeback with new and high quality pics of the K8 as well as the confirmed powertain, the K8 will have up to 300 hp in South Korea as well as the 1.6 Turbo Hybrid. This time in white, the new frameless Tiger Nose grille looks weird, what are your thoughts?