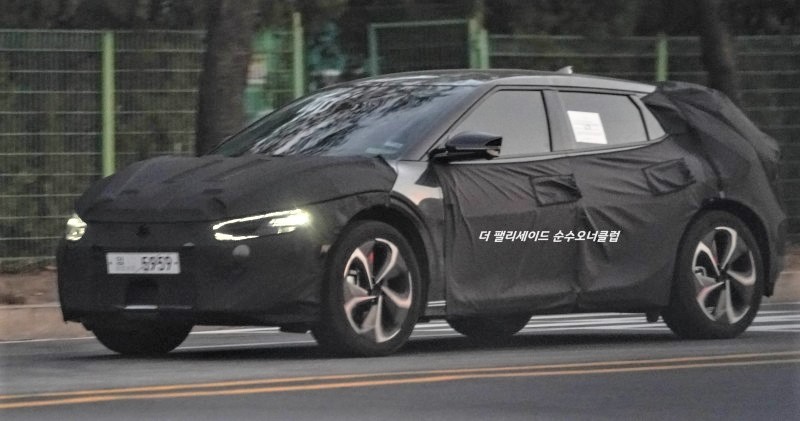 A few days ago we shared fantastic spy pictures of Kia EV5, the so called CV, spied by CarPIX near the Arctic Circle where we can see the interior and now its time to go back to South Korea where our colleagues at AutoPost spied the EV5 with production lights for the first time.