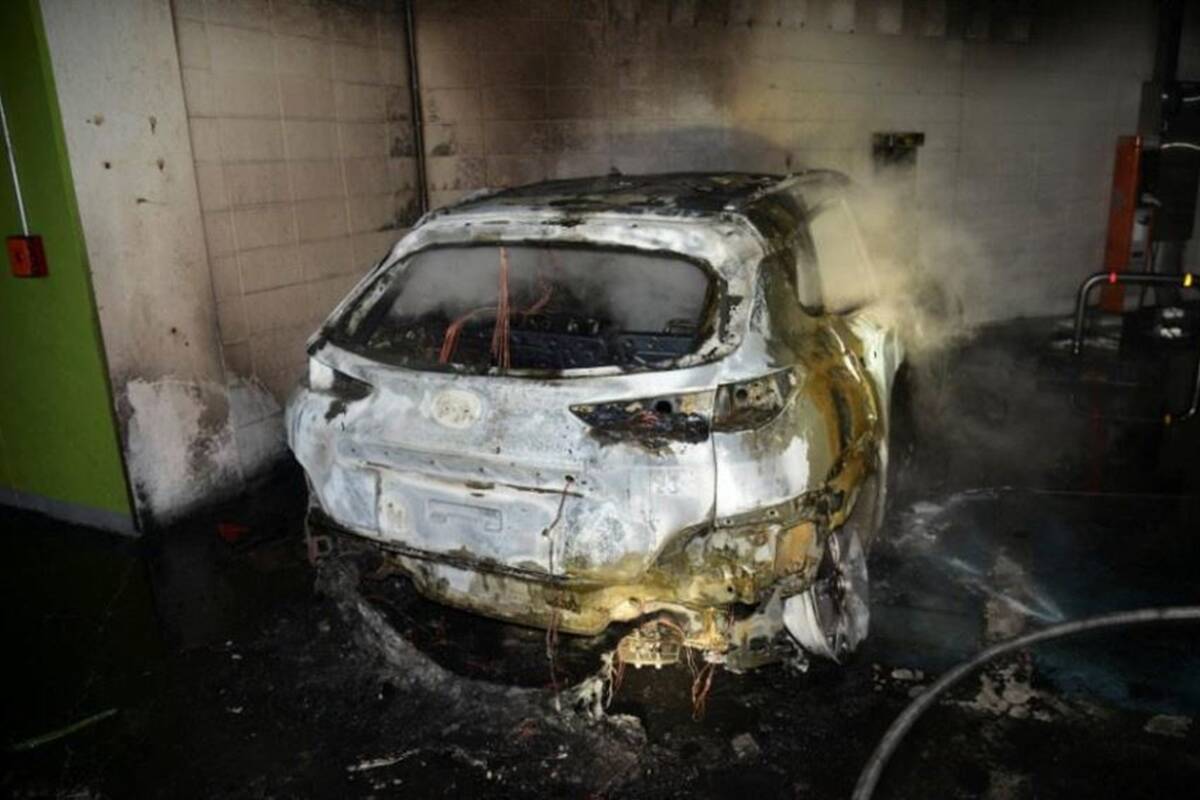 Hyundai is trouble hours before to the release of its first bespoke electric vehicle, the IONIQ 5. The Kona EV is suffering of several fire problems, and after up to 25,000 units were recalled, a new fire on a vehicle that was already fixed have made company worried about. Hyundai and LG Energy Solutions are discussing the contents of the corrective plan.

According to industry sources on the 20th, Hyundai Motor Company delayed the submission date of a production defect correction plan related to the Kona EV fire, which was planned to be submitted to the Ministry of Land, Infrastructure and Transport on the 19th.

An official from Hyundai Motor said, “The Ministry of Land, Infrastructure and Transport has not yet submitted a correction plan related to Kona EV.” In the industry, it was diagnosed that discussions between Hyundai Motor Company and LG Energy Solutions still remain, and will be submitted as soon as possible. It is known that various plans are being devised, such as how to share the contributions of both sides during the recall.

For example, the cost is estimated to be at least 1 trillion won if a decision is made to replace the battery installed in Kona EV. According to Jang Kyung-tae and the Democratic Party’s office, there were 16 Kona EV fire accidents in the world as of October last year.

At the time, the Ministry of Land, Infrastructure and Transport pointed out’battery cell manufacturing defect’ as the cause of the recall. According to an investigation by the Korea Automobile Safety Research Institute, the possibility of a fire was confirmed because the separator between the positive (+) and negative (-) plates in the battery cell was damaged. Accordingly, LG Chem strongly opposed by formalizing the position that “it cannot be concluded due to a cell problem”.

LG Chem said, “It was announced that the exact cause of the fire was not identified.” This is because LG Energy Solutions may have to pay full compensation if it is a battery internal cell problem, and if it is a battery management system (BMS) problem, Hyundai Motor Company may be liable.

Accordingly, Hyundai Motor Company recalled Kona EV vehicles to update battery management system (BMS) and reduced the full charge rate from 100% to 85%, and also replaced the battery immediately when abnormal signs such as excessive cell-to-cell voltage deviation or rapid temperature change. However, another fire broke out in Kona EV, which was recalled on the 23rd of last month. The cause of the fire of the vehicle is under investigation. On the 15th, an electric bus fire broke out in Changwon, Gyeongnam. Unfortunately, even the battery mounted on the bus was made by LG Energy Solutions. It was reported that the bus had undergone repair of a battery-related component called the Power Relay Assembly (PRA) just before the accident.

← Prev: Facelifted US Market 2022 Kia Stinger Details Come Into Focus, to Start from $36,090 Hyundai Debuts Revolutionary IONIQ 5 Crossover On Next →