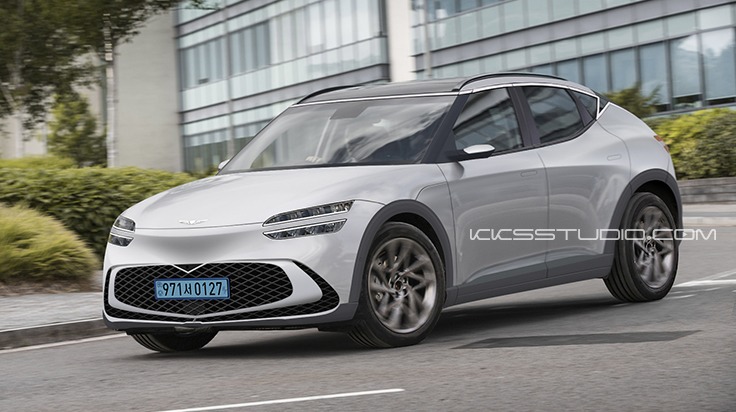 With the Kia EV6 already released, only one member of Hyundai Motor Group’s E-GMP platform is still covered, it is about the Genesis GV60, luxury brand’s first bespoke electric (codenamed as JW EV) and today we cna have an idea of how it will look thanks to Kksstudio rendering, what are your thoughts?