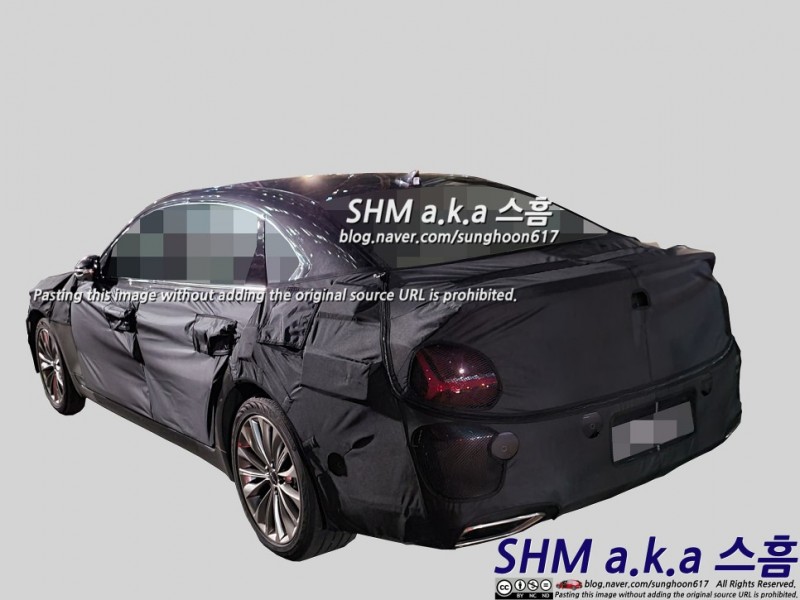 Kia K9 (known as K900 in the overseas markets) flagship luxury sedan facelift prototype continues testing, and while we wait for reveal, here you have more pictures of Kia’s flagship sedan courtesy of SHM Studio. The K9 facelift is expected to be released in May.

Despite was launched 2 years ago, the pictures showed a pair of K9’s under camouflage caught in a petrol station in South Korea courtesy of K8 King Club. The second generation K9 (codenamed as RJ) is already available with two V6 gasoline engines, 3.3 Turbo GDi and 3.8 GDi with 370 and 315 hp respectively.

It is still unkown what changes Kia will make in the powertrain, but as being the flagship model we expect to apply the latest engines and eco friendly technologies. Will Kia take advantage of this facelift and include the 3rd gen platform to have Hybrid or Plug-in Hybrid variants? Apparently not, latest spy shots shows that Kia still uses the 3.8 engine.