Mysterious Mule Could Be Hyundai IONIQ 7 or GV90 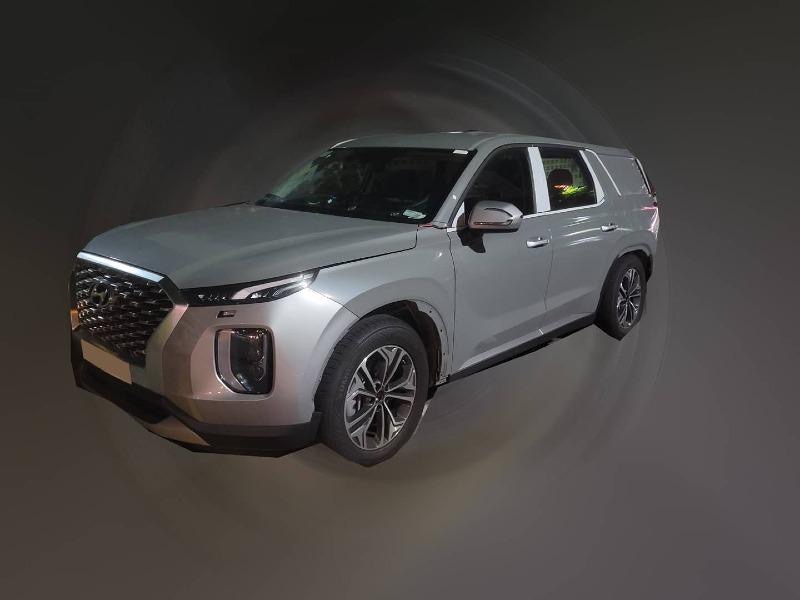 Today we found at Bobaedream several pictures of a mysterious test mule based on a Hyundai Palisade. The mule shows an increased front overhang and rear longer wheelbase if compared with a Palisade. It’s unclear which model could correspond, but we could be in front of Genesis larger SUV GV90 or IONIQ 7.

The mysterious vehicle was caught in the street and despite we don’t know what this could be, it is clear that Hyundai or Genesis are trying to play distraction. While at first look you can think is a test mule of the next Genesis SUV, the lack of fuel tank inlet could make you think it’s an electric vehicle, but surprise, there’s no charging port either.

These are the very first spy shots of an expected larger SUV that should arrive sometime in 2023. The chassis testing mule had a very modified body of the Palisade with a much longer wheelbase and a wider track.

Detail of the stretched wheelbase of this Hyundai based test mule

Why we said this could be a Genesis test mule? Well, current Genesis SUVs the GV70 and GV80 were preceded by two test mules based on Hyundai SUVs, specifically, Tucson and Santa Fe respectively (check the picture below).

The another option is that we could be in front of a test mule testing underpinnings of Hyundai IONIQ 7 SUV. The lack of the fuel tank inlet and not that long front overhang combined with a very large wheelbase (remember that the IONIQ 5 reaches 3,000mm) could be clues of a large electric SUV.

So what do you think? Place your bets!