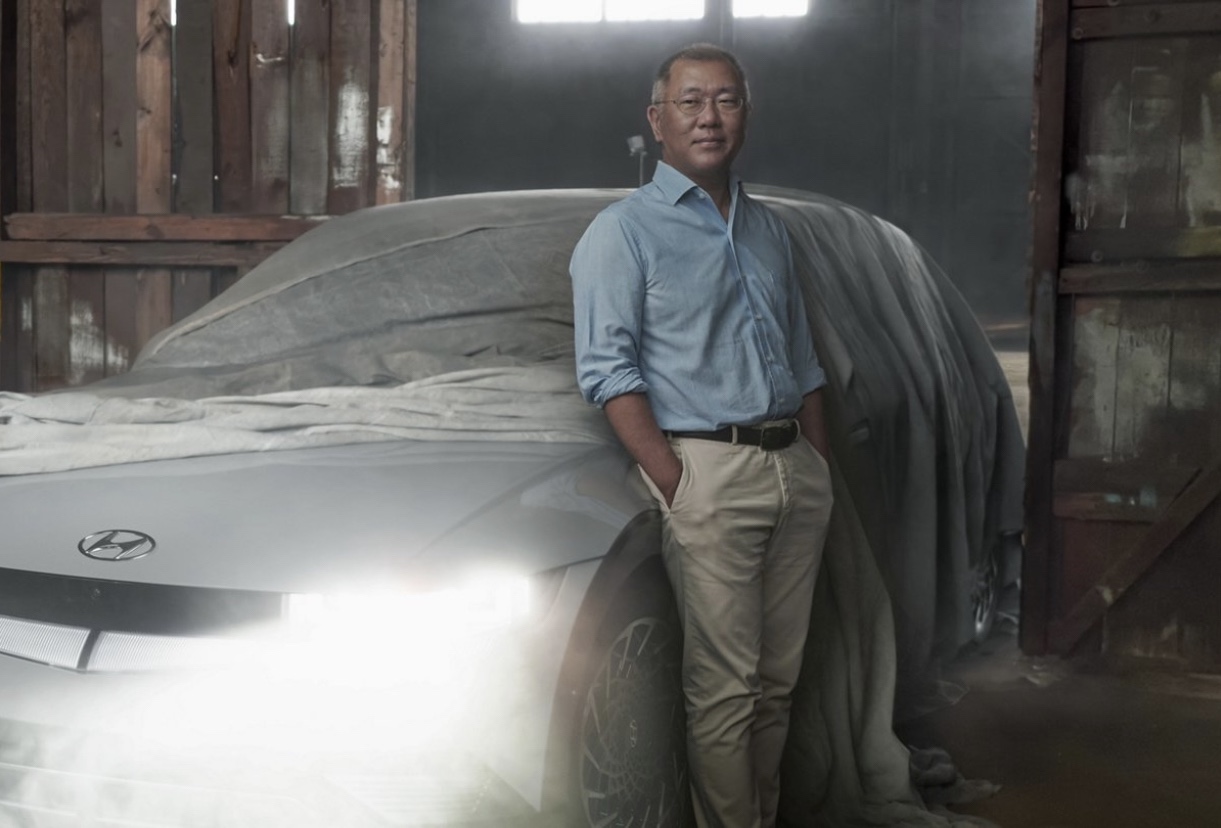 Chung Eui-sun, chairman of Hyundai Motor Group, announced that it is planning to produce electric vehicles in the U.S. The United States is the third largest electric vehicle market in the world, along with China and Europe.

Hyundai Motor Group’s chairman made a statement at a meeting with South Korean media during an event at ‘Hyundai Motor Studio’ in Goyang, Seoul yesterday. Chairman Jung said, “Electric vehicles will continue to increase in proportion until 2040,” “It is proceeding as planned.” Chairman Jung added, “Not from next year, but in the plan, but we are looking at the timing.”

This is the first time that Chairman Chung had talked officially about plans to produce electric vehicles in the United States. In May, Hyundai Motor Group announced a plan to invest $7.4 billion in the US market. It is also observed that a significant portion of the investment will be used to promote local production of Hyundai Motor and Kia.

The US electric vehicle market, which stood at 360,000 units last year, is expected to grow rapidly to 7.2 million units in 2030 and 12.5 million units in 2040. Hyundai also plans to take advantage of new US government policy. President Joe Biden has pledged that 50% of new cars sold in the US market by 2030 must be electric vehicles, and it is also considering as a requirement to get subsidies that the vehicles were manufactured in the United States.

Currently, it is known that Hyundai Motor Manufacturing Alabama (HMMA) and Kia Motors Manufacturing Georgia (KMMG) do not have separate electric vehicle production lines and/or for dedicated platforms like the E-GMP.