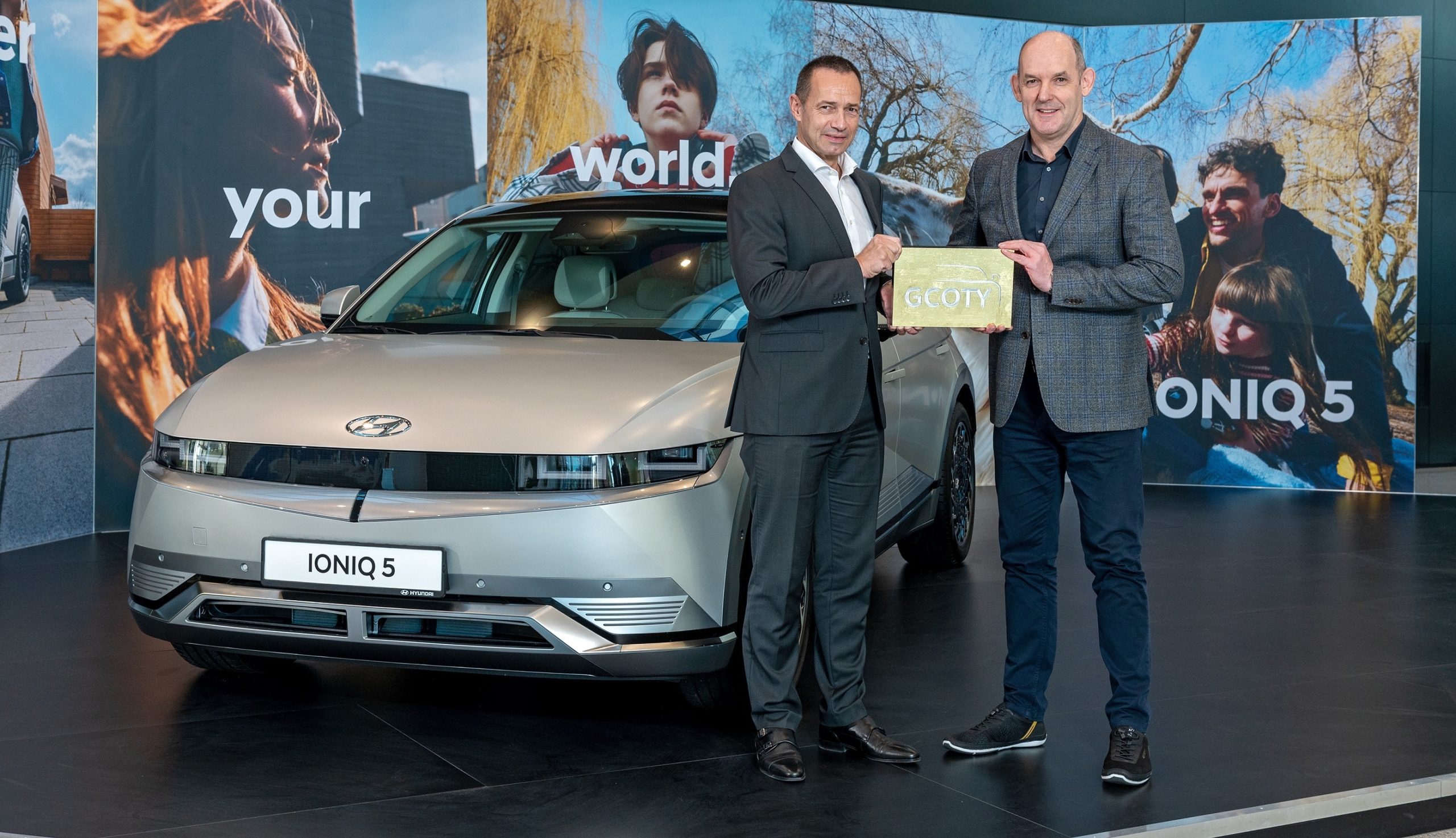 Just half a year after its launch in the German market, Hyundai’s IONIQ 5 has been named 2022 ‘German Car of the Year’ (GCOTY). In the final round of the notable award, the fully-electric midsize CUV prevailed over its world-class competitors.

At the GCOTY awards, the top car model launches of the year compete against one another in five categories: “Compact”, “Premium”, “Luxury”, “New Energy”, and “Performance”. An internationally networked jury of 20 automotive journalists tests and evaluates each product in terms of product features, relevance, and future viability. As the class winner in the “New Energy” category, IONIQ 5 automatically took place – and consequently won – in the final round.

“The Hyundai IONIQ 5 is not just a standout electric car. To us, it’s this year’s top model,” says Jens Meiners, initiator and jury member of the ‘German Car of the Year’. “IONIQ 5’s unique combination of design, efficiency, and driving pleasure helped the car earn above-average scores across all criteria without showing any weak spots. In our eyes, IONIQ 5’s operating concept and battery technology are ground-breaking. And although it is the 2022 ‘German Car of the Year’, IONIQ 5 definitely has global appeal.”

“IONIQ 5 receiving this award in such a highly competitive environment proves that we have succeeded in creating an exceptional vehicle that stands out among its competitors in the European automotive market,” says Michael Cole, President and CEO at Hyundai Motor Europe. “Additionally, this victory shows that battery electric vehicles are becoming more relevant for our customers in Europe. The IONIQ 5 currently is the leading model in our electrification strategy and further driving Hyundai’s vision of zero-emission mobility.”

IONIQ 5 is the first model in Hyundai’s new IONIQ line-up brand. IONIQ 5 is built on the Electric Global Modular Platform (E-GMP), Hyundai Motor Group’s platform dedicated to battery electric vehicles. Customers can select between two battery pack options – 58 kWh or 72.6 kWh – and all-wheel or rear-wheel drive. The rear-wheel drive and 72.6-kWh version features a maximum driving range of 481 kilometres on a single charge, according to WLTP.

IONIQ 5 delivers a powerful performance and ultra-fast charging. Thanks to its 800V charging technology, both battery pack options can be charged from 10 to 80 per cent in just 18 minutes at fast-charging stations. Customers can use the Vehicle to Load (V2L) technology to charge any electronic device while driving or parked, such as laptops or e-scooters.

On top of its wide range of drive options, IONIQ 5 also offers an extraordinary interior. The natural materials underline the vehicle’s sustainable character. Electrically adjustable front seats can recline to an optimal ergonomic angle, offering front-seat passengers a weightless feeling and support for their lower legs. The well-connected BEV is equipped with 12-inch screens for the cockpit and the infotainment system. The centre console and the rear seat can slide to allow customers to use the interior space even more flexibly. IONIQ 5 can also tow trailers with a gross vehicle weight rating of up to 1,600 kilogrammes.