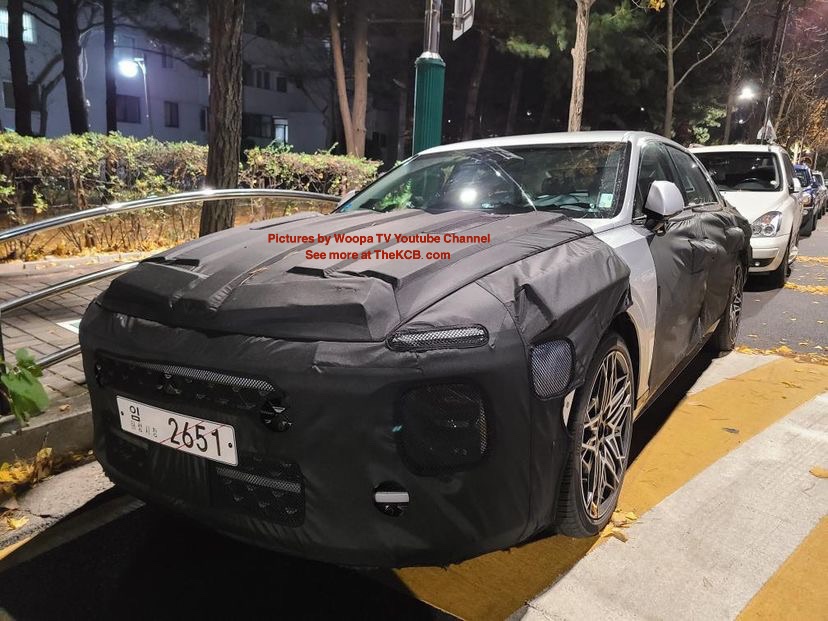 While yesterday we shared exclusive information and first official images of the new generation Grandeur (codenamed as GN7), today our colleagues at WoopaTV captured again another prototype (this one has an incredible designed 19 or 20 inch wheels) and for the first time we can take a look at the front, and as we said before, will have vertical lights.