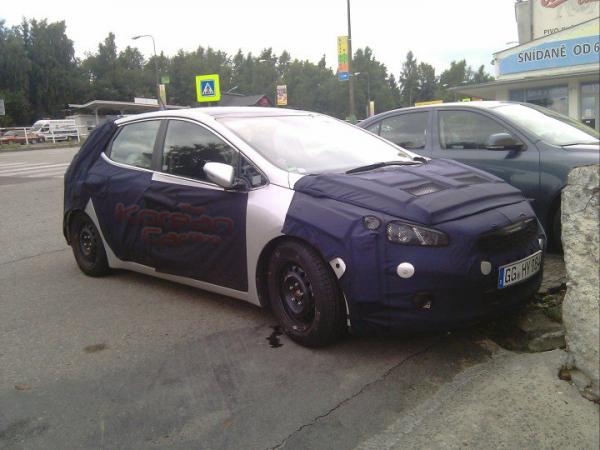 Kia’s new European strategy starts in 2006, when the korean automaker was presented the Kia cee’d, developed and built in Europe, together with the Hyundai i30. In 2009, according to Kia’s new family look, the cee’d introduced a facelift including “tiger nose family grille”. The Kia cee’d II/K3 are caught again testing in Europe.

The new hatchback will be released maybe at the 2012 Geneva Motorshow (in March), where know his “brother”, the second generation of the i30. The new C-segment compact will be available with a new generous range of GDi and CRDi diesel engines connected to both manual and automatic six speed gearboxes (maybe are also available with a dual clutch six speed automatic gearbox).