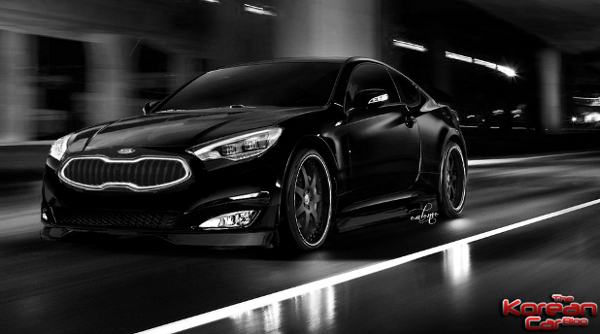 Kia may be preparing the V8-powered coupe based on the K9 sedan. The Kia K9 uses a large and rear-wheel drive platform intended to be powered by both V6 and V8 (this engine is a enigma until today) engines when it comes to market in Summer 2012, Kia will be planning to used this platform to create a RWD coupe.

Few months ago (in July) we told about the unnamed coupe was expected to make its world debut at the Frankfurt Motor Show the past September, becoming a halo car for the brand as it attempts to improve brand image. As if one Kia RWD V8-powered coupe isn’t enough, Kia’s chief Hank Lee also suggested a second concept car will arrive at the North American International Auto Show (also known as the Detroit Auto Show) held in January, but as you can see, this has not been met.

Now, the rumors are growing up and here in The Korean Car Blog and thanks to our friend Ozzie, we share with you this picture, based on the Genesis Coupe, but, with Kia’s last design identity. What do you think?