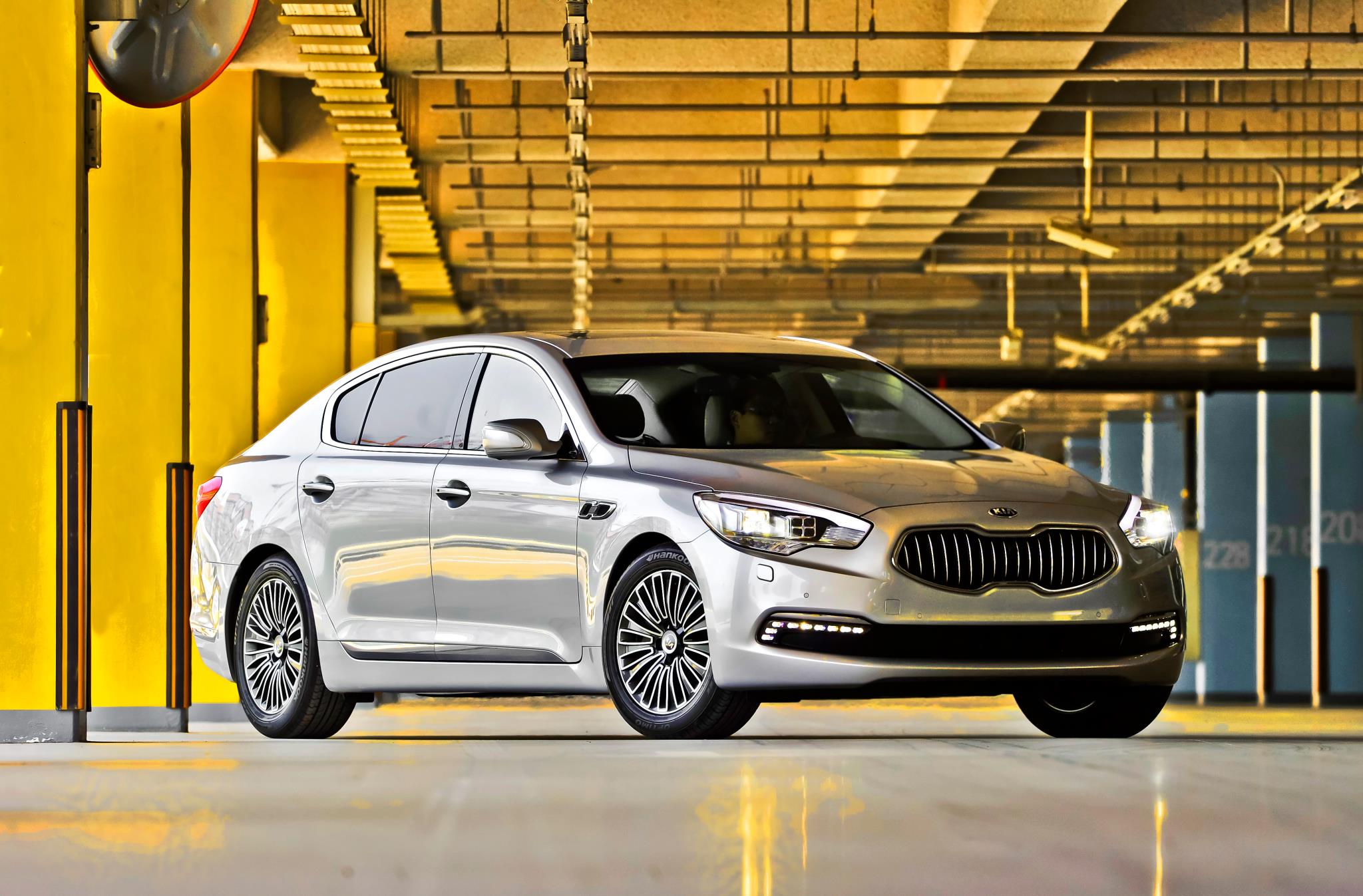 Kia’s K9 flagship rear-wheel drive sedan was first unveiled in February this year, before making its market debut in South Korea in May. For obvious reasons, the K9 name has to be dropped in English speaking markets.

Today, Kia Motors announced that Kia will begin exporting the K9 overseas starting from the fourth quarter of 2012. The export model K9 will be renamed as ‘Quoris.’ Kia says the name Quoris is derived from two English words, ‘core’ and ‘quality.’

“Our decision to give this striking new sedan an unconventional name means it will stand out even further from the established crowd, driving Kia sales in what is a new segment of the global automotive market for Kia,” he added.

The Quoris employs Kia’s first radar-based Advanced Smart Cruise Control (ASCC). Located in the right side of the front bumper, the radar system constantly monitors the road ahead, up to a range of 174 meters.

With ASCC activated, the Quoris monitors traffic conditions and speed in order to maintain a pre-determined safe distance from the vehicle ahead. The driver can easily adjust this distance by choosing from four options (52, 40, 32 or 25 meters at a speed of 90 km/h) using a button on the steering wheel. Like many active radar guided cruise control, the Quoris is also able to come to a complete stop when operating under cruise control mode.

Other notable features include a pre-collision Advanced Vehicle Safety Management (AVSM), which warns the driver of an impending collision via a three stage warning signal, starting with a a visual warning appears on the LCD cluster and HUD. If no avoidance action is taken the visual warning is repeated, this time with an audio warning and strong vibration through the seatbelt and finally automatic application of brakes and activating the seatbelt pre-tensioners.

There is also blind spot indication system, lane departure warning and around view monitor system. Kia did not specify the exact specifications for the Quoris or in which market it will be sold but the US is expected to be its main market.