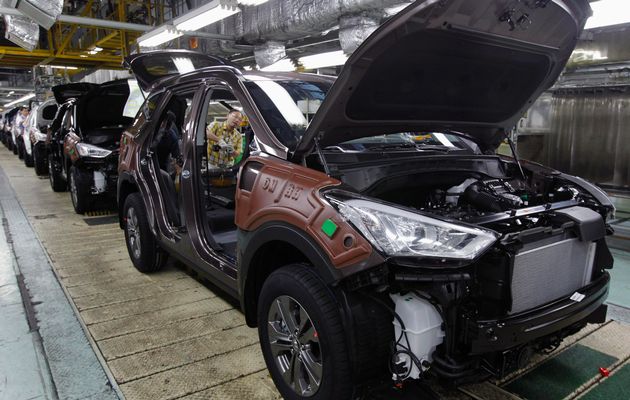 It takes twice as long on average — over 28 hours — for Hyundai Motor Co. to make a car in South Korea than in the United States, even though its domestic plants have far more workers for each production line.


[ads id=”0″ style=”float:left;padding:3px;”]Add in high wages, frequent work stoppages and outdated facilities, and Hyundai’s hourly labor costs per worker in South Korea, at 24,778 won ($22.26), are 16 percent higher than at its U.S. factories, and triple what they are in China.

Its seven domestic plants have helped drive Hyundai to become the world’s fifth-largest auto manufacturer, but are now a legacy asset that need to be addressed to sustain profit growth. It may make more sense, economically, for the company to close a plant it built 45 years ago — one of five in Ulsan — that is now its oldest and costliest facility.

But Hyundai says it won’t give up its Korean base — much as Toyota Motor Corp. rejects the idea of stopping production in Japan — and says that fixing productivity issues with its strong domestic union is a top priority.

“People ask us why we don’t just produce overseas, given all the labor troubles at home. But our home market is our root and the base for our growth overseas. And there’s a risk in building cars overseas,” said a Hyundai executive from the team that manages its labor relations.

Despite the high legacy costs, Hyundai says it has more to gain than lose in keeping its domestic factories open. “Our Korean plants will continue to serve as a global manufacturing base, and we plan to increase not just production but also productivity and quality at our domestic plants,” the company said in a statement to Reuters.

Beyond the obvious emotional ties, Hyundai manages an extensive supply chain and profitable car lineup in South Korea, where it sells more of its high-margin large sedans than in any other market.

Hyundai’s production base in Ulsan — the world’s largest single car complex and the Korean city with the highest per capita income — gives it significant economies of scale and provides the backbone of its global expansion, knitting together 380 suppliers and 5,000 second- and third-tier suppliers around the country. 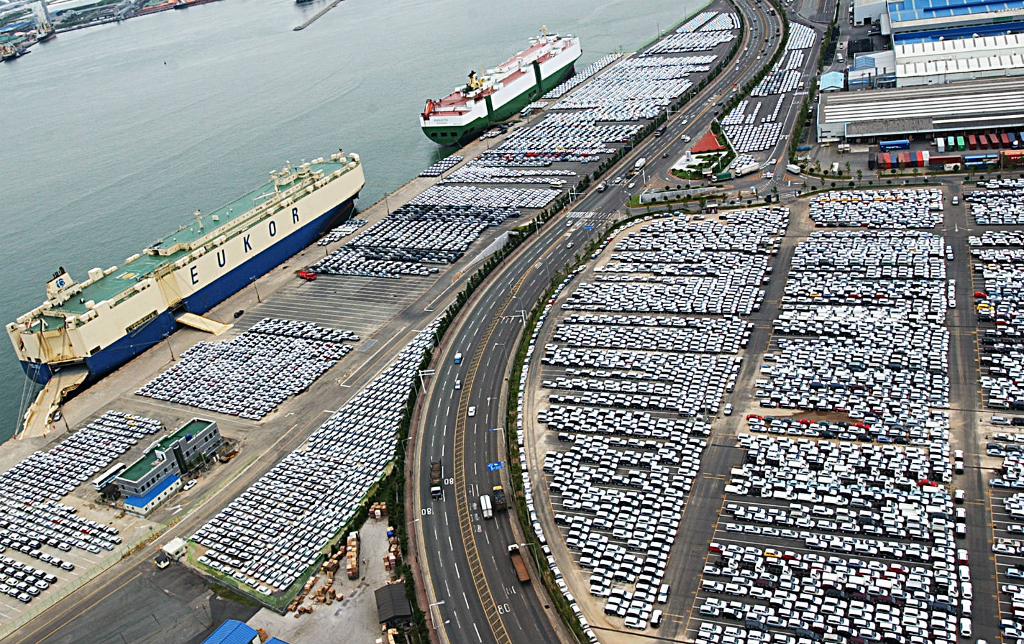 Hyundai, though, is increasingly reliant on overseas production. The portion of vehicles it produces at home has halved to 43 percent of its global output from a decade ago — as it has opened facilities in the United States, China and Brazil. Hyundai produced 4.4 million vehicles globally last year.

Hyundai’s high cost, low productivity structure is hampering margin expansion just as its near-70 percent domestic market share, with affiliate Kia Motors Corp., comes under threat from rising imports of cars made by foreign rivals such as BMW and Volkswagen.

Rather than expanding capacity, Hyundai prefers to run its factories at full throttle, even during weekends. Last year, that helped meet record sales and made its 10 percent operating margin the industry’s second best — behind only BMW.

All of this means Hyundai relies heavily on its domestic workers, who are often willing to keep plants running for 20 hours a day. In return, Hyundai has settled industrial disputes with generous wage increases.

Its Korean workers have seen their pay more than double over the past decade to an average $88,600 — above peers at Toyota, and at Samsung Electronics Co., another leading Korean manufacturer.

This high wage structure now haunts Hyundai and is weighing down margins, as rising competition makes it harder to increase new car prices and the Korean won currency firms against the Japanese yen, hurting price competitiveness.

“Hyundai guaranteed high wages and job security, but failed to get production efficiency and flexibility in return,” said Park Tae-ju, a professor at the Employment & Labor Training Institute, who advised Hyundai on a new shift system.

Hunting for productivity solutions, Hyundai this year introduced a new shift system that cut out overnight work and trimmed daily production hours to 17 from 20, helping it produce 7 percent more cars an hour.

New union leader Lee has said he will look to further cut the number of working hours to 16 by 2015, earlier than previously planned, though he is likely to lock horns with management over how to make up for reduced wages.

Hyundai is also considering a two-tier wage structure that is already in use at General Motors and others. Long-serving workers may face a wage ceiling.