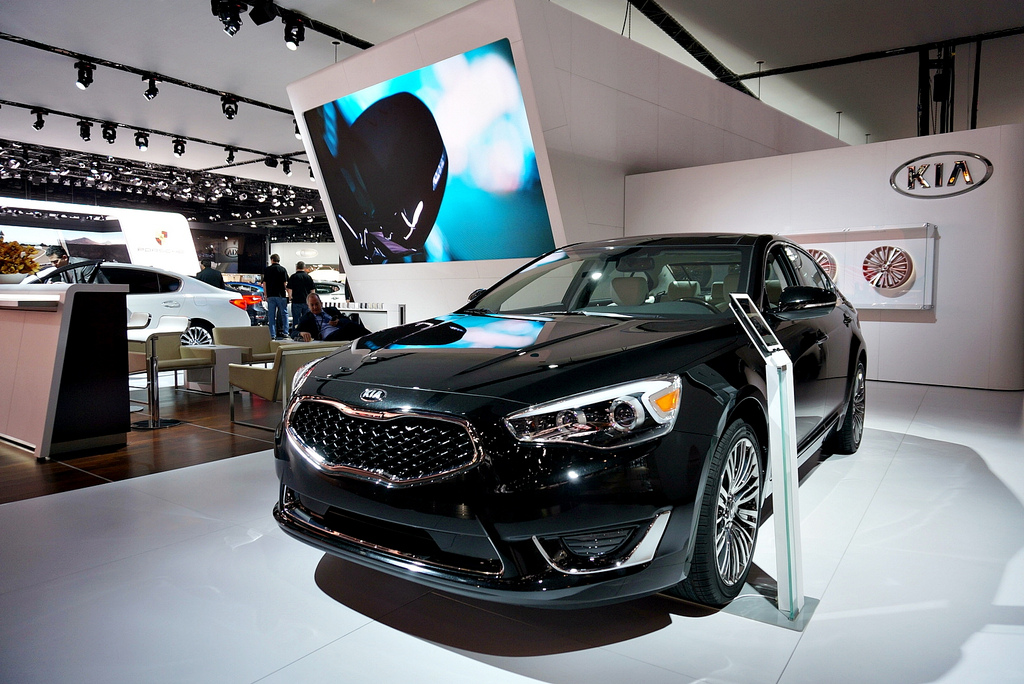 Kia Motors America (KMA) is proud to announce that Road & Travel Magazine (RTM) has named the 2014 Kia Cadenza as the International Car of the Year (ICOTY) at the 2014 North American International Auto Show (NAIAS) in Detroit.

[ads id=”0″ style=”float:left;padding:5px;”]The all-new 2014 Cadenza’s stunning design combined with premium amenities and impressive value propelled the Kia brand into the premium sedan segment, and the ICOTY award adds to the growing list of accolades the Cadenza has earned since its launch in early 2013. The award marks back-to-back victories for Kia as the 2013 Optima mid-size sedan was honored by RTM with the ICOTY award last year.

“This year marks Kia’s 20th anniversary in the U.S. market, and in that time, we have become known for taking bold steps. The 2014 Cadenza is another leap forward for the brand and has brought new and affluent customers into our retailers, people who had never considered Kia before,” said Michael Sprague, executive vice president of marketing & communications, KMA. “To win the prestigious ICOTY award two years running is a clear indication that our products continue to offer a world-class balance of design, amenities and value for today’s discerning car buyers.” 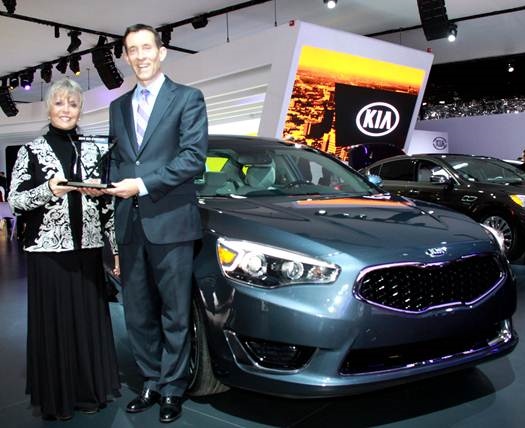 RTM presents two “Of the Year” awards annually; one for car of the year and one for truck. In addition to product attributes such as style, comfort and performance, the awards also consider how well the brand connects emotionally with the consumer through its marketing efforts. The winners are chosen by the ICOTY jury, which consists of nationally renowned automotive journalists from respected publications such as Consumer Guide Automotive MSN Autos, New Car News Syndicate and RTM.

“The Kia Cadenza wins in this category for a variety of reasons, including Kia’s remarkable effort to emerge in the entry-lux category,” said Courtney Caldwell, editor-in-chief of Road & Travel Magazine. “Overall, the car is beautiful and affordable, making upscale style and performance attainable to mid-America. We applaud Kia’s rapid rise from underdog to unbelievable!”

The ICOTY award is the most recent in a string of accolades the 2014 Cadenza has received. Just a few months ago, the Cadenza took top honors in Motor Trend Magazine’s full-size sedan comparison test and was named to the 2014 North American Car of the Year short list.