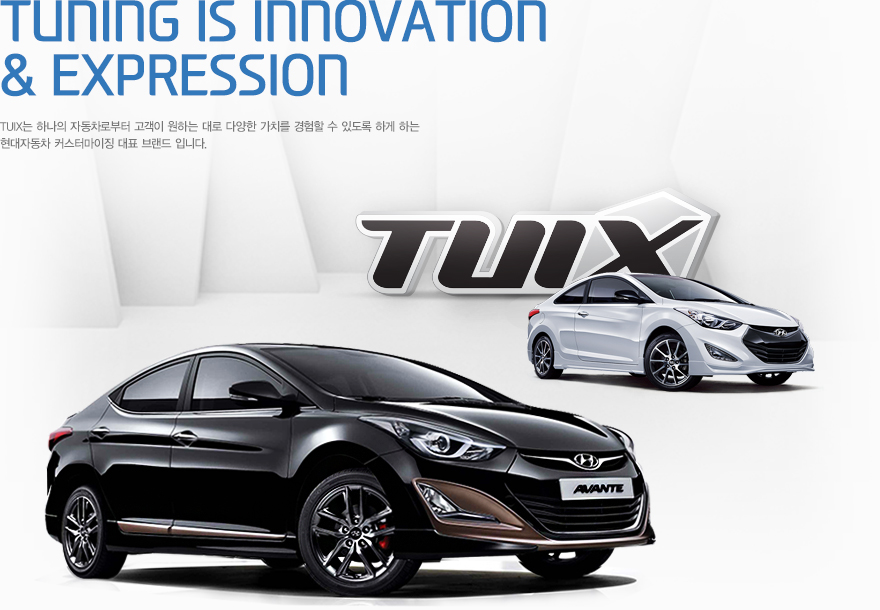 Hyundai Motor Co. unveiled today its new Avante tuning compact sedan “TUIX Edition” and the refreshed 2014 Avante Coupe. The two models are updates of Hyundai’s fifth-generation Avante MD that has been on the market since 2011. Also called Elantra and Elantra Coupe in some overseas markets including the United States.

The carmaker said the tuning model edition called the “Avante TUIX” features sporty and unique designs. It has front, rear and side skirts all designed to disperse air flowing under the car so as to improve traction. It dons a stylish waistline molding, new fuel caps and 17-inch tires with two-tone wheels.

The company added that it has incorporated red-colored brake calipers. “Overall, the turning lends a ‘sporty air’ that is not found in the regular Avante and aims to give the car distinctiveness on the road,” the company’s press release said. Customers can ask for the changes when ordering their new cars or bring in their existing cars to local Hyundai after-sale repair shops for upgrades.

It said while the model is mainly designed for the domestic market, overseas buyers can request their dealers for similar body upgrades.