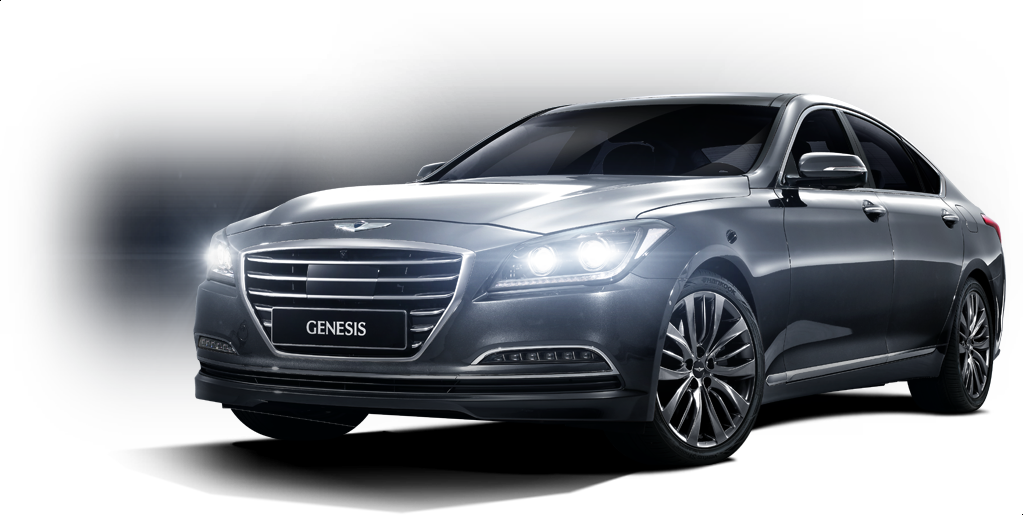 Hyundai Motor’s new Genesis was one of the most anticipated cars last year. It was said to be a car that would show how far the nation’s largest automaker has advanced in terms of technology.

It is also a strategic model in Hyundai’s product lineup to create a more exclusive image for its brand with the aim of taking on German premium brands BMW and Mercedes-Benz. The initial response has been quite successful since its launch on Nov. 26. The company received over 3,500 pre-orders on the day before its official launch, the largest for a full-sized sedan.

[ads id=”0″ style=”float:left;padding:5px;”]It has already received about 16,000 orders as of Jan. 20. The automaker initially aimed at selling 30,000 this year but is considering increasing this goal.

“The new Genesis is a great car,” Shinhan Investment & Securities analyst Eric Choi said. “It is popular in Korea, and its overseas sales will be critical, especially in the U.S. and Europe, to enhance Hyundai’s brand image there.” Its price competitiveness could give it more appeal than other premium cars from German brands, he said.

The launch of the new Genesis provided new growth momentum as will the introduction of the new generation of the Sonata this year, after the brand posted lower-than-expected sales last year.

The company posted sales of 87.3 trillion won last year, up 3.4 percent from the previous year, but its operating profit dropped by 1.5 percent to 8.31 trillion won, due to the won’s rise against other currencies, and a decrease in domestic sales. But most importantly, the Genesis is also expected to help change people’s overall perception of Hyundai’s vehicles.

When it was finally unveiled here, it seemed to meet the high expectations, boasting high performance and various safety and convenient features in its revamped design.

“I have mainly driven sedans from German brands such as BMW and Audi,” Koh Young-seok, a partner from Boston Consulting Group, who was the first customer to receive the new Genesis, said. “After test-driving it, I knew I made the right decision.”

[ads id=”0″ style=”float:left;padding:5px;”]The launch of the new Genesis has affected the sales of vehicles from imported premium brands, which are in a similar price range.

Another notable change that the new Genesis has made is to expand its customer range, as it better appeals to younger drivers. According to Hyundai, those in their 30s and 40s have emerged as the main customers for the new Genesis. In comparison, the previous model’s main customers were those in their 50s, who accounted for 38 percent of total sales.

Now, those in their 40s account for 35 percent for the new Genesis, and the portion of those in 30s also increased to 18 percent from 15 percent. “The strong performance and stylish design seem to appeal to younger drivers, which led the average age of new owners to decrease,” a Hyundai official said.

To better appeal to those who seek a high-performance sedan, Hyundai is planning to launch a Genesis model with a V8 5-liter engine. Currently, 3.0- and 3.8-liter engine with Gasoline Direct Injection technology models are available here. 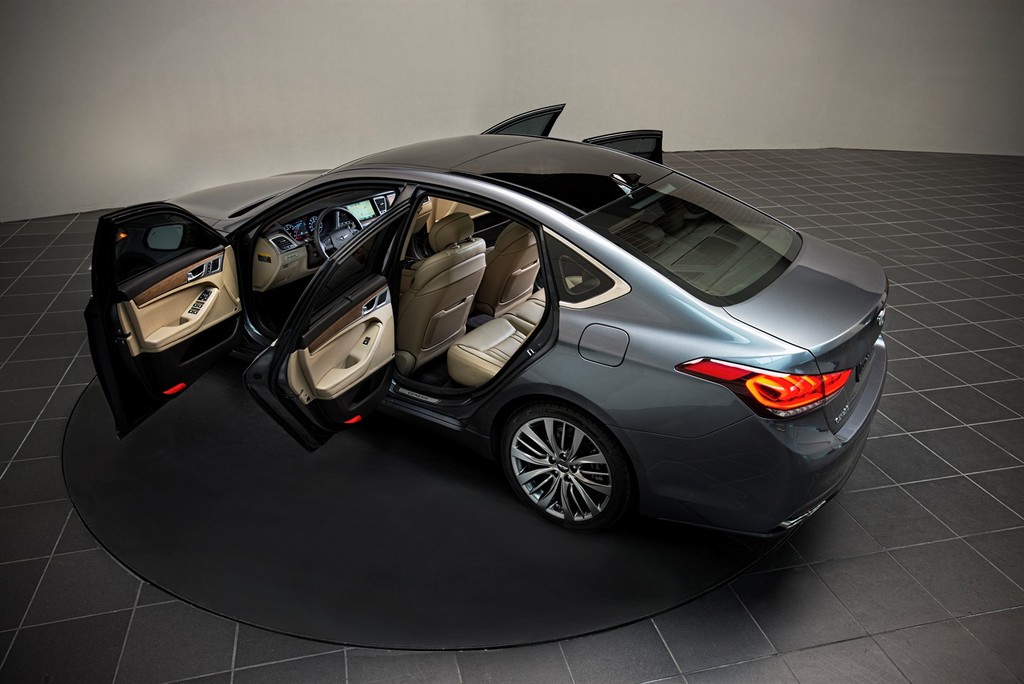 Experts also speak highly of the new Genesis, in terms of its design and performance. The Korea Automobile Journalist Association recently announced it chose the new Genesis as the 2014 Car of the Year, elbowing out BMW’s new 5 Series and Mercedes-Benz’s new S Class.

“It is a well-balanced car, offering a comfortable drive,” Chae Young-seok, chief editor of Global Auto News, said. “Its seat quality is also very impressive, comparable to those of premium brands. And most importantly, it boasts an impressive performance. The driving modes between normal and sports are distinguishable now, while there was little difference between them in the previous model.”

The all-new Genesis has been also named a product design winner in the transportation segment at the 2014 International Forum Design Award (iF) in Germany. The company spent about 500 billion won over the past four years. This is a huge investment given the portion of Genesis sales in Hyundai’s total. It has sold about 250,000 worldwide since the first model was launched.

This bold investment shows the automaker’s ambition to develop a world-class premium sedan, showcase its advanced technology and enhance its brand awareness, regardless of sales figures. 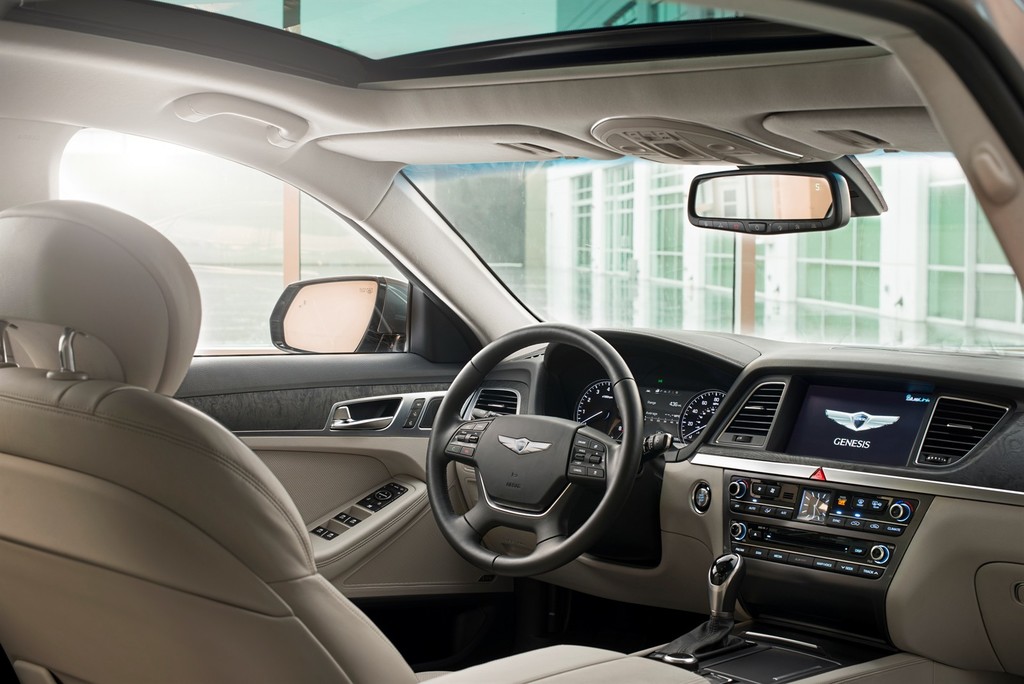 In terms of design, it has a higher-end appearance with the “Fluidic Sculpture 2.0”, a term used to describe the bodywork of the Genesis. Major styling changes include a taller, upright, single-frame grille, larger headlights, sharper body lines and a swept-back, coupe-like roofline.

The new Genesis has an optional “Hyundai Traction” (HTRAC) all-wheel drive system. Replacing the electro-hydraulic power steering system in the previous model, the new Genesis has a full-electric, rack-mounted power steering system. Such a huge investment was inevitable for the world fifth-largest automaker to grow further and catch up with its rivals such as Toyota and GM.

“The new Genesis is a highly competitive model,” said Kim Pil-soo, an automotive studies professor at Daelim College. “It is also a car that proves how good a vehicle Hyundai can create. It will also help enhance its brand awareness.”

Experts all agree that Hyundai has achieved a great advancement in terms of technology, but it still falls short of competing premium vehicles. “As a volume carmaker, Hyundai has been doing great, but it still lags behind German premium automakers, as it lags behind cars in the same segment such as the BMW 7 Series or Mercedes-Benz S-Class,” Chae said. “It is not just about productivity but brand power that makes a premium brand.”

Professor Kim also pointed out that the new Genesis’ low fuel efficiency would be a weak point, as many automakers focus on enhancing fuel economy even when launching a premium model, and there are more and more drivers who are fuel-mileage conscious.