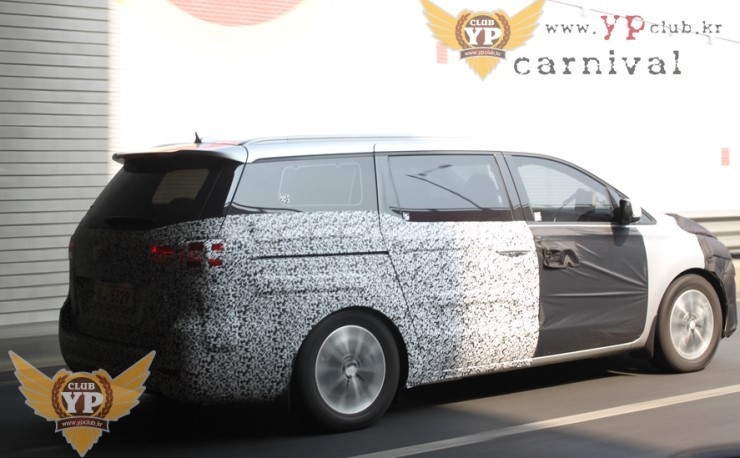 The Kia Sedona (also called Carnival) is expected to be unveiled at the New York Auto Show held in April 2014. But for Kia, the next-gen big MPV mean much more, will be the first Kia to feauture South Korean’s carmaker new styling direction.

[ads id=”0″ style=”float:left;padding:9px;”]Our spies have already caught the next-gen Carnival on previous occasions but the front fascia doesn’t seem to be a radical departure as it features a reworked grille that is flanked by sweptback headlights. However, the model does have a distinctive greenhouse which is slimmer at the rear than at the front.

The redesigned Sedona is expected to have a roomy interior with additional cargo and passenger space, plus new rear seats infotainment systems. We can also expect high-tech options including an infotainment system (you can see in the spyshots), a blind spot monitoring (BSM) and lane departure warning system (LDWS), three mode electric adjustable power steering (FlexSteer). In addition to an all-new look, the new Carnival promises a refreshed petrol (top of the range will be a 3.3 V6 GDi with 290 hp) and diesel CRDi engines, increased safety and technology.