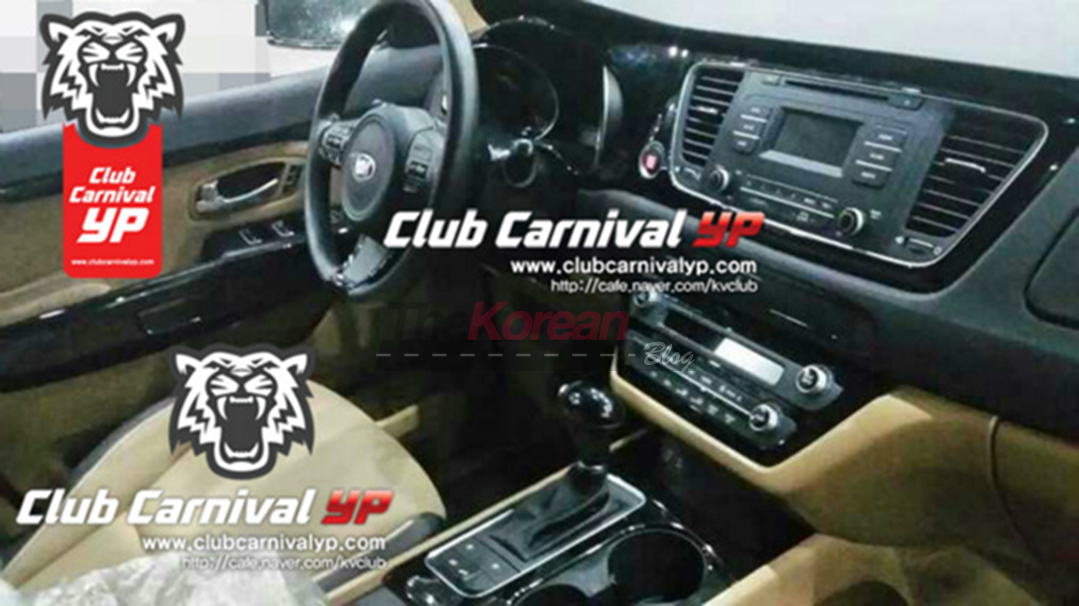 As we told few days ago, the 2014 Kia Sedona (2015 Model Year for the US-market) is expected to be unveiled at the New York Auto Show in April 18, 2014. For Kia, the next-gen big MPV (also called Carnival) mean much more, will be the first Kia to feauture South Korean’s carmaker new styling direction, but at least, in these interior pictures, we see a K9/K7 inspired dashboard.

The new design direction probably will comes, according to the sources, on the exterior design with greater emphasis on the front end, with a new interpretation of Kia’s “tiger nose”. Until now, the spy photographer can’t caught the exterior lines, always covered with a strong camouflage.


The redesigned Sedona is expected to have a roomy interior with additional cargo and passenger space, plus new rear seats infotainment systems. We can also expect high-tech options including an infotainment system (you can see in the spyshots), a blind spot monitoring (BSM) and lane departure warning system (LDWS), three mode electric adjustable power steering (FlexSteer). In addition to an all-new look, the new Carnival promises a refreshed petrol (top of the range will be a 3.3 V6 GDi with 290 hp) and diesel CRDi engines, increased safety and technology.

Kia Sedona Facelift Will Debut on the First Quarter