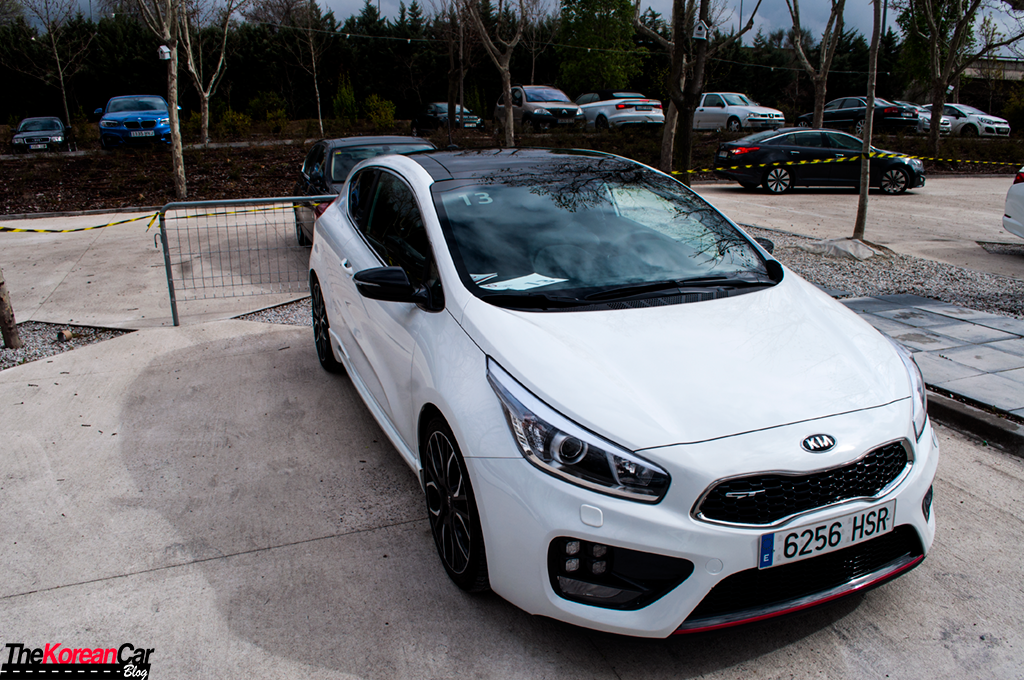 Unfortunately, when we had the opportunity to make this first drive of Kia’s hottest car ever, the pro_cee’d GT, it was raining practically all the day. But luckily soon we will have the car for ¡¡one week!! and we can take better photos, record videos and have more experiences with it.

[ads id=”0″ style=”float:left;padding:9px;”]We were attending Kia Spain 10th anniversary event (since it is under the umbrella of Kia Motors Corporation), and at this event the South Korean Carmaker debuts refreshed models like the 2014 Optima, Sportage and Sorento, but we will talk about that models soon, at first, is time for the pro_ceed GT.

For people don’t know it, the pro_cee’d GT is only available as a manual and it has the same powertrain from the Kia Forte Koup SX, using the 1.6 T-GDi engine delivering 204 hp, with just one difference, a very sophisticated chassis that features a multi-link independent suspension, rather than the Koup’s far simpler (and easier to mass-produce) torsion beam axle, tuned at the Nurburgring. The poor thing? Is only available in Europe, UK and Australia. 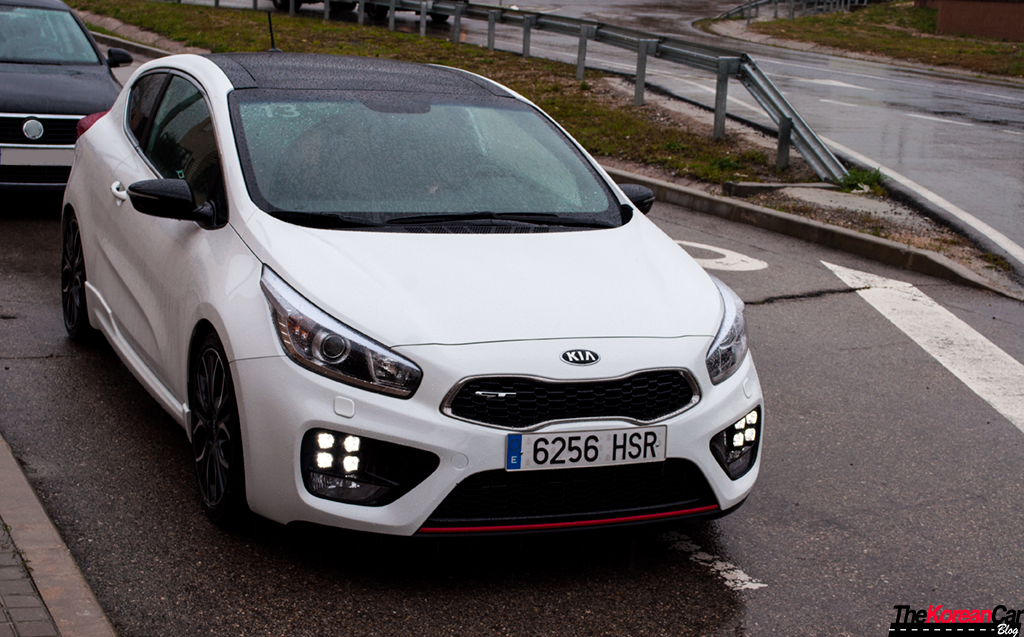 Side skirts and a twin dual exhausts complete the styling overhaul, while a smart set of two-tone multi-spoke 18-inch alloy wheels neatly fill out the wide arches. Under the hood sits a turbocharged version of Kia’s “Gamma” petrol engine. With direct injection, the 1.6-liter uses a twin-scroll turbo to boost power to 204 hp and the torque curve offers a flat 265Nm from as low as 1,750rpm.

The pro_cee’d GT accelerates from 0-100km/h (0-62 mph) in 7.7 seconds, according to what the brand says. Fuel consumption on the European-cycle delivered a fuel consumption of 7.4 l/100km (33,6 mpg), until you ¡put the pedal to the metal! when during our combined trip (it was raining a lot) around highways, winding roads and drag races… the trip computer showed a fuel comsuption of 9,6 l/100km.

From the driver’s seat, the engine has power from 1,750 rpm and the twin-scroll turbo delivers a punchy – if not electrifying – mid-range boost, before pulling more energetically to the 7000rpm redline. 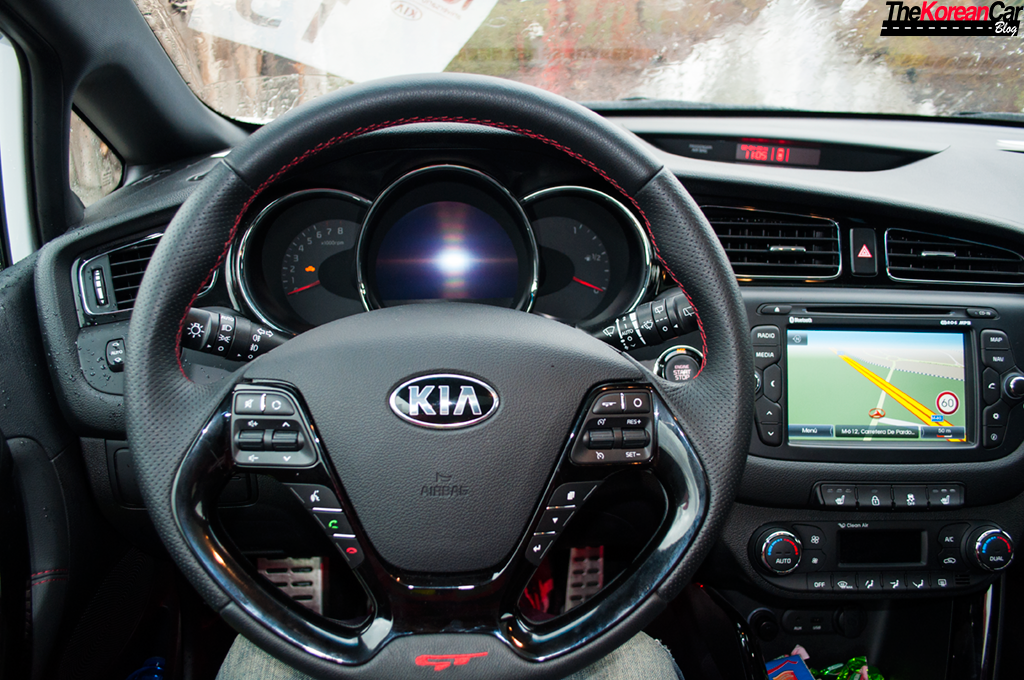 Recaro seats look good and support quite well, though you wouldn’t call them full-on sports units if you’re planning some heavy-duty track use. As you know we tested the car on wet conditions and don’t have the opportunity to take the limit.

The engine responds with a minimum of turbo lag and has a wonderful linear feel when it’s on song. Though the pro_cee’d GT isn’t competing with cars like the VW Golf GTi, Ford Focus ST, Renault Megane RS (this cars haves + 40-50 hp), it provides pretty strong acceleration and the pro_cee’d GT costs much less.

Despite looking like a coupe, the Kia GT is a true four/five seater. The rear seats have headroom and legroom for two adults, with space for a third if they’re good friends. There’s plenty of space for three children, however the stylish upward swoop of the side windows means they are set so high they are hard to see out of. Boot space is generous and it’s easy to load. The rear seatbacks have a 60/40 split. In other european countries Kia also sold a 5-door cee’d GT version. 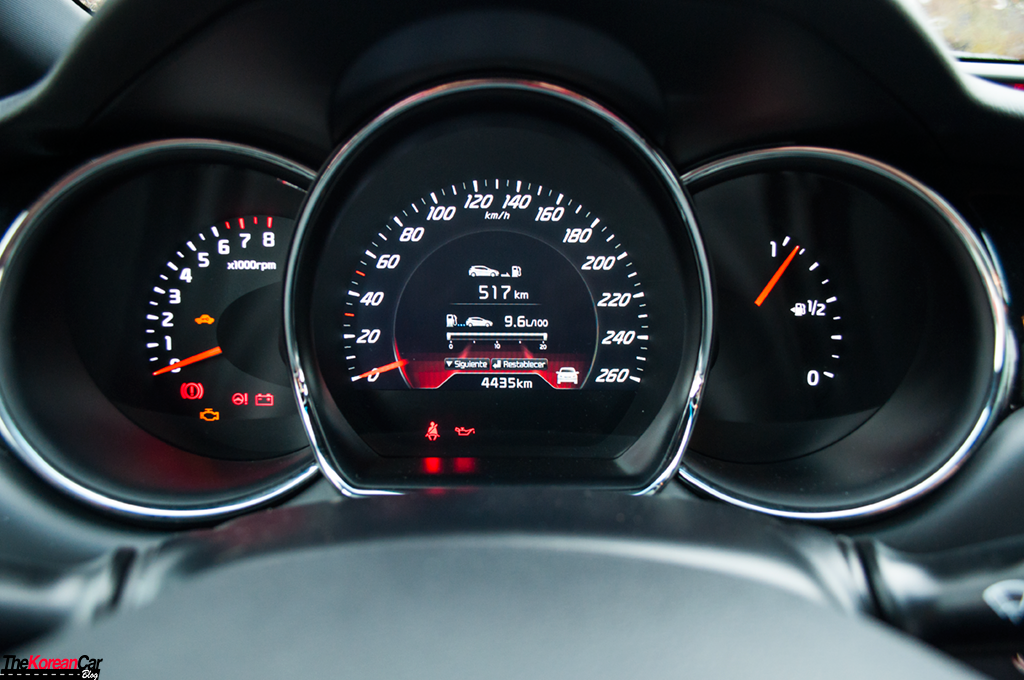 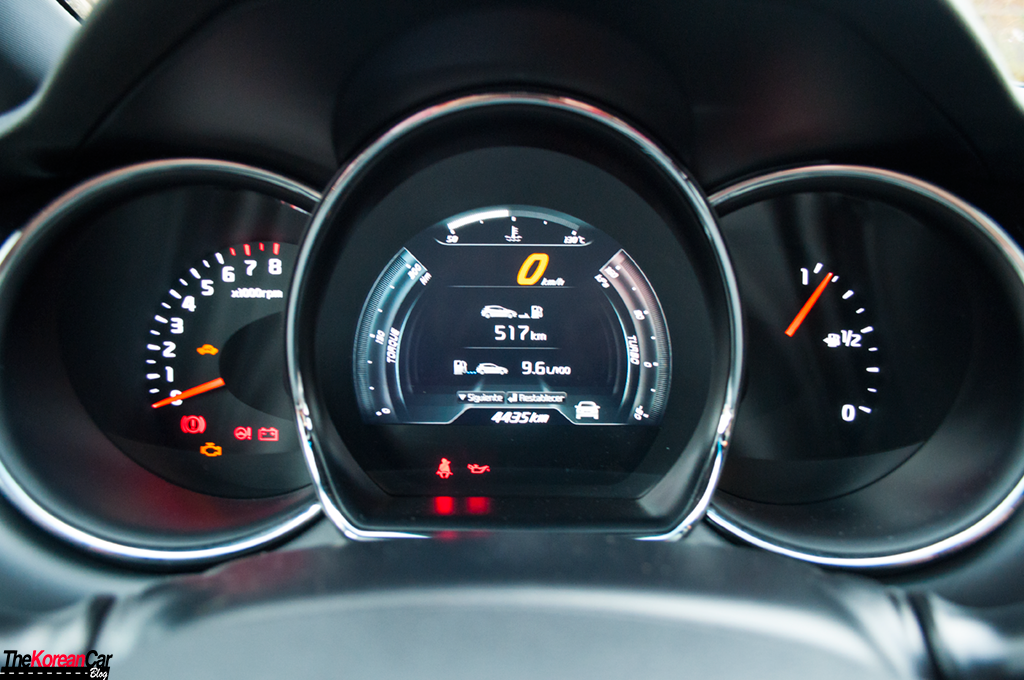 When you push “GT” button on the steering wheel, the cluster changes to more sporty digital speedometer with torque and turbo-boost bars each side, which go up the harder you accelerate.

The handling is very fun (can’t wait to have the car for 1 week and test it in the sunny south of Spain). It’s an element missing in many mainstream models, looks good, sounds sporty, when you go around the city people turns his head wherever it goes, what’s that car? Its a Kia? No way. It’s just as enjoyable at the speed limit on a public road and we hope it is on the racetrack too, but we need to wait a few weeks to go.

After the dinner, and before the event ends, the rain was stopped and have 10 minutes to go outside and test in on dry roads around the place, and the pro_cee’d GT is quick and confident. It grips as tenaciously through sharp off-camber bends (good in wet), and is not easily upset by surface lumps and bumps. As front-wheel drive hatches go, the handling is particularly neutral, though with turn-in as sharp as the pro_cee’d GT’s there’s bound to be a little oversteer when jumping off the throttle. 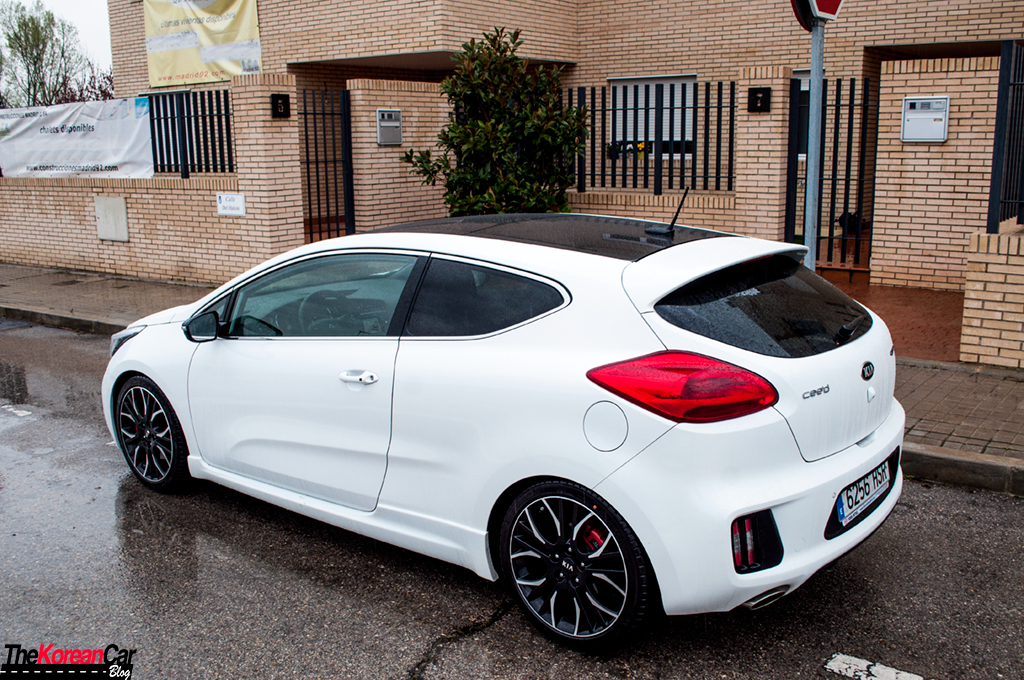 We also did around 100 kilometres on the open road and in city traffic. The GT is generally quiet on the road, but there’s fair bit of noise from coarse-chip surfaces. Sometimes suspension was good at the track can often prove too firm in normal driving, but we found the Kia’s to be surprisingly compliant and ready to use as a daily car.

The car haves awesome-looking, works exceptionally well in the suspension department and is surprisingly roomy and well-equipped. Will the South Korean carmaker pro_cee’d GT go further in high-performance field and will come up with more power, less weight “R” variant to fight European and Japanese rivals on his own field? Can’t wait!!!

Special thanks to all Kia Motors Spain members!