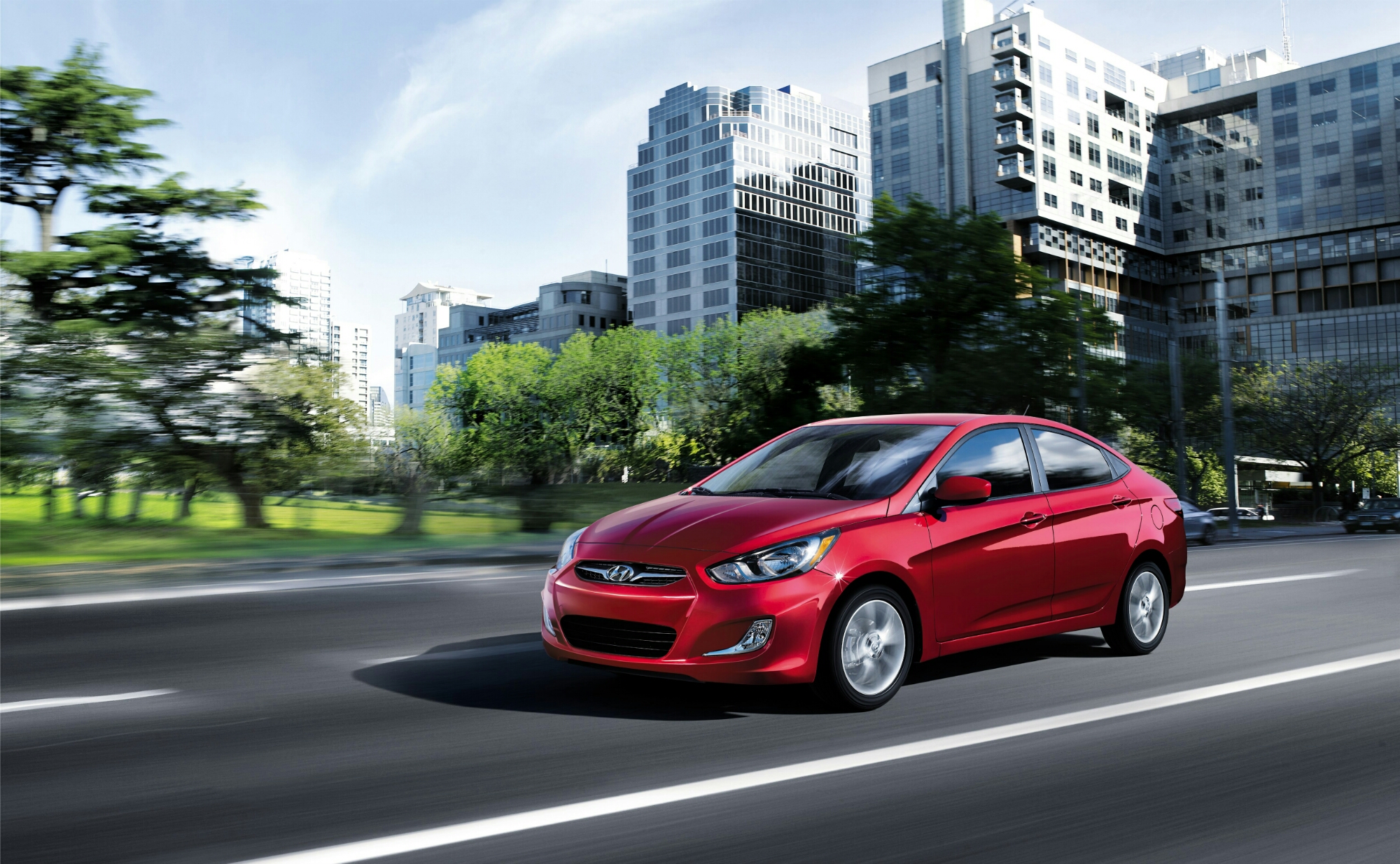 The month of April is gone and with that always come the numbers of how good the company is doing. Not to a big surprise Hyundai just announced April sale of 66,107 units, up 4.4 percent compared to last year same period, setting an all-time record April.

[ads id=”0″ style=”float:left;padding:9px;”]“With consumer confidence continuing on an upward swing and the economy improving across the nation, customers appear to have put cars back on their shopping lists,” said Bob Pradzinski, vice president of national sales, Hyundai Motor America. “With our award-winning lineup of vehicles, including our recently introduced all-new 2015 Genesis sedan that nabbed top honors — Car of Texas — at the Texas Auto Writers Association’s Annual Texas Auto Roundup earlier this week, we look forward to the spring selling season.”

The Hyundai Accent, Santa Fe and Sonata got an increase of 36, 30 and 30 percent, respectably. Also the Sonata made its best month ever with 2,055 units sold giving a 8.6 percent. The Equus Premium luxury car was able to gain a 9.2 percent over April 2013.

We can expect their sales to go up with the upcoming new models arriving soon at the dealers, until then we will keep tracking those numbers. 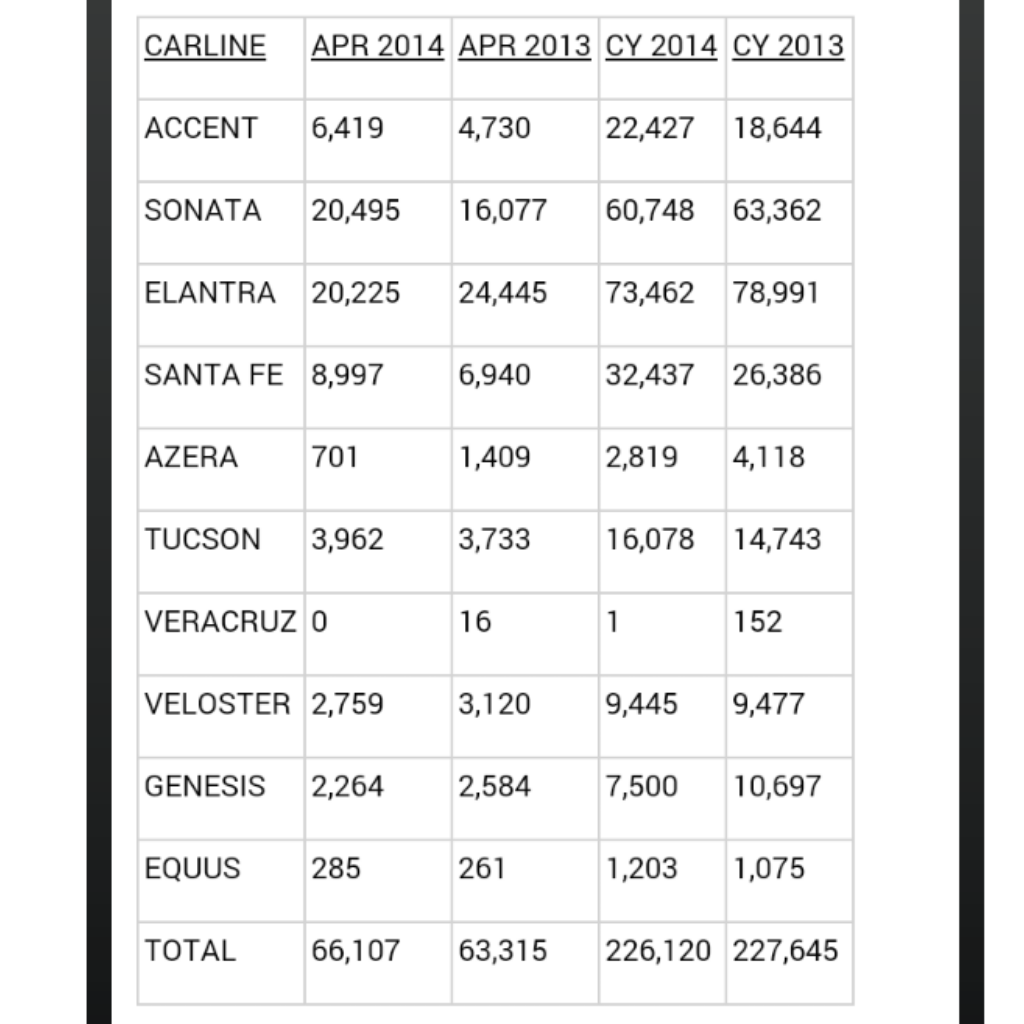