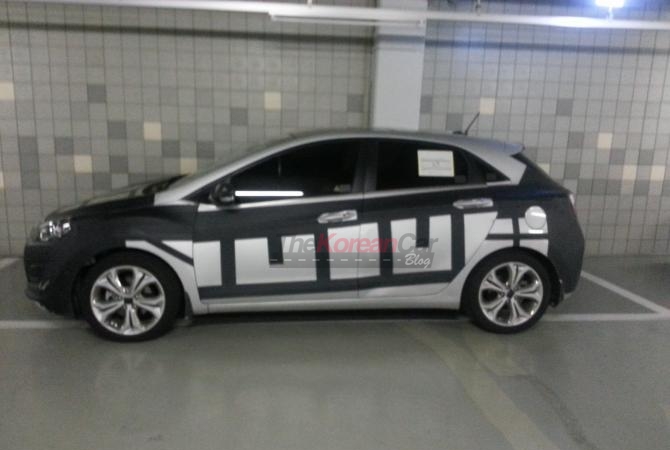 According to this pictures taken in South Korea, with a Hyundai i30 (called Elantra GT in the U.S.) with front and rear end under cammo, is the South Korean carmaker preparing a light facelift to his C-segment car?

[ads id=”0″ style=”float:left;padding:9px;”]The second generation i30 was launched in September 2011, at the Frankfurt Motor Show. The i30 was designed and engineered at the Hyundai Motor Europe Technical Centre in Rüsselsheim, Germany and was launched also in South Korea.

And the questions are, is a facelift or Hyundai are testing another things? what changes will include? We don’t have answers for the moment.