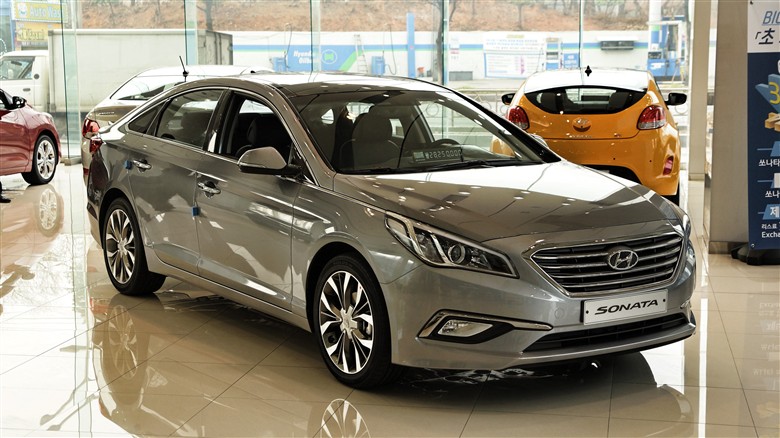 The domestic market share of Hyundai and Kia, the two biggest carmakers of Korea, fell to a new low in September as Hyundai’s new Sonata sedan failed to live up to hopes.

Hyundai struggled particularly hard with market share falling for five consecutive months from 44.6 percent in April to 37.2 percent in September. Although the new Hyundai Sonata was launched in April, the boost was short-lived.

Over 10,000 Sonatas were sold in April and May, but since June, figures are down to 6,000 to 7,000 a month. Only the new Genesis sold well. As for Kia, its Carnival minivan and latest modified Sorento SUV are selling rapidly, preventing a bigger drop in the total figures. Kia’s market share has recovered from 25.4 percent in June to 30.1 percent in September.

Imported cars, by contrast, are selling better than ever. In September, 17,027 imported cars were sold, up 34 percent from a year ago, and sales have risen for 33 months on-year.

Hyundai will launch the luxury Aslan sedan, sized somewhere between the Grandeur and Genesis, at the end of the month, and the Sonata Hybrid next month in hopes of reclaiming market share.