Thanks again to our friends from IndianAutos, today we can bring to you the chinese Hyundai ix25 SUV showcased at the Auto Shanghai 2015, which has been on sale since October 2014.

[ads id=”0″ style=”float:left;padding:5px;”]First unveiled as a production car at the 2014 Chengdu Motor Show, the ix25 is Hyundai’s take on a compact SUV. Its design draws inspiration from Hyundai’s Fluidic Sculpture 2.0 design language that also influences the Elite i20. At 4.27 meters, it belongs in a segment that includes the Honda XR-V. Top-end variants feature LED DRLs with projector headlamps, panoramic sunroof, and large 5-spoke alloy rims.

The Chinese-spec ix25 comes packed with a 1.6-litre or a 2.0-litre four-cylinder petrol engines. They are capable of delivering 122.8 bhp/150.7 Nm and 158 bhp/192 Nm, respectively. For the transmission, Hyundai is offering a choice between a 6-speed manual and an automatic unit.

For the Indian market, Hyundai is expected to launch the ix25 in August, and will be sold under a different name. The company is aiming to achieve a high localization content of 90 percent for the ix25. 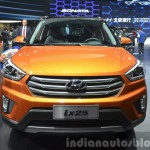 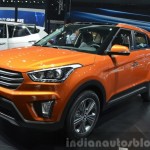 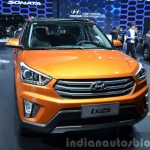 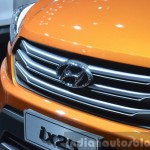 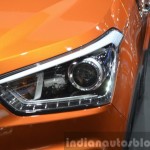 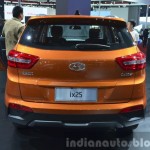 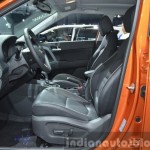 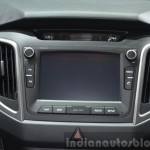 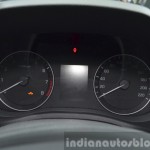 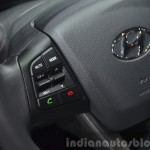 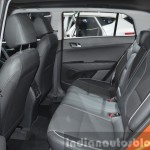 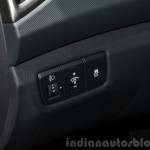 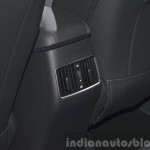 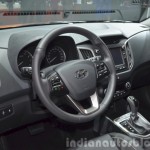 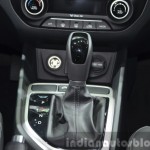