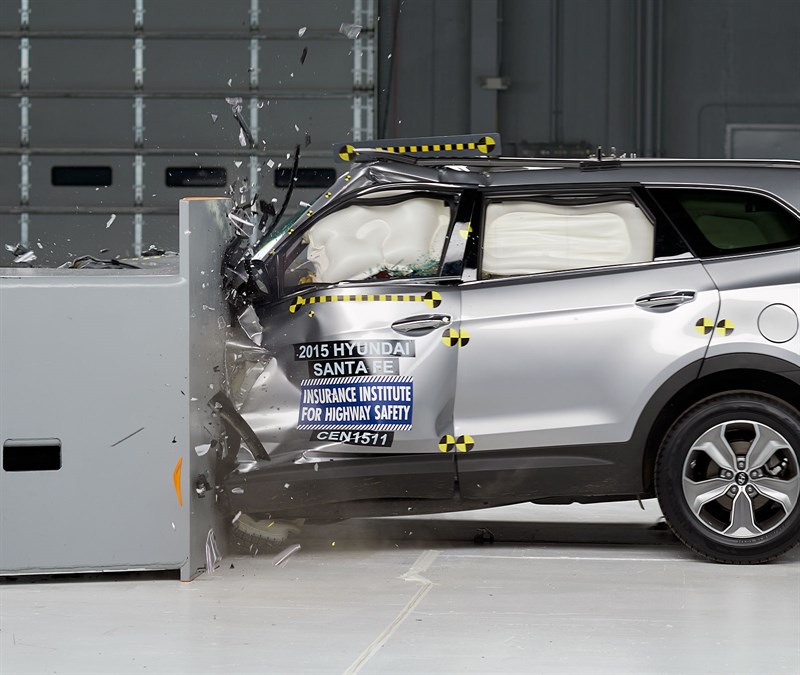 While Hyundai is finishing the facelift for the Santa Fe SUV, the 2015 model has received a low rating in a crash test carried out in the United States, a U.S. motor safety institute said Tuesday.

The 2015 Hyundai Santa Fe of the SUV was rated as “marginal” in the small overlap front crash test, which reviews a vehicle’s frontal crash protection when the front corner of the car hits another vehicle or other objects, according to the Insurance Institute for Highway Safety (IIHS).

The 2015 Hyundai Santa Fe, however, received “good” ratings for four other tests conducted by the auto safety institute, including side collision and roof rigidity tests, according to the IIHS.

The recent tests carried out by the IIHS include SUV models from other brands, of which Fiat Chrysler Automobile’s Dodge Journey earned the lowest rating of “poor” in the small overlap front crash test, while Japanese carmaker Nissan Motor Co.’s Nissan Murano crossover was named the “Top Safety Pick Plus” after it received top scores for all five tests.