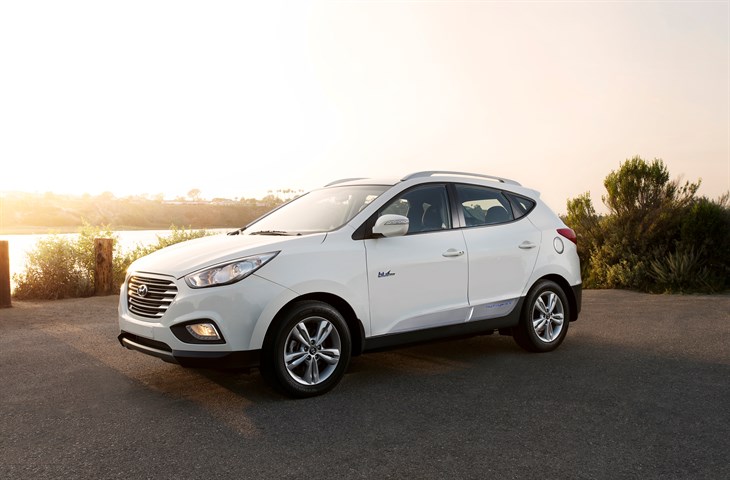 [ads id=”0″ style=”float:left;padding:9px;”]After a decade of research, the South Korea’s largest carmaker has developed its own membrane electrode assembly (MEA), which has been imported from overseas manufacturers until they achieve its final development.

The Hyundai Eco Friendly Vehicle R&D Center successfully manufactured for the first time the MEA in August, which can generate electricity by using oxygen and hydrogen.

It is an import fuel cell  part, equivalent to the engine cylinder of an internal combustion engine. But, Hyundai has imported all its parts, because only three or four global chemical companies including Japan’s Gore and 3M of the U.S. could produce them.

“It is meaningful that we have technological independence. With the new MEA technology, we now have localized all the parts manufacturing technologies required for fuel cell vehicles,” said a company spokesman.

[ads id=”7″ style=”float:left;padding:9px;”]It has greater endurance, with four years and up to 80,000 kilometers guaranteed, which is 1.5 times higher than its competitors. In terms of the cost, the locally produced MEA is known to be 13 percent less expensive.

The Tucson’s 100 kilowatt fuel cell battery needs about 400 MEAs. The Hyundai research center in Yongin, Gyeonggi Province, produces MEAs which are sufficient for one fuel cell car every day.

The company is testing a second production facility in Uiwang, Gyeonggi Province, which is seven times larger than the one in Yongin. The fuel cell EVs, which have difficulty in attracting customers because of their prohibitive prices, can expect further price cuts in the future.

“MEA related technology can be applied to all other areas where fuel cells are used. In the long term, the technology will make a new industrial ecosystem in the hydrogen energy sector and emerge as a new growth engine,” said Kim Sae-hoon, a researcher at the center said.

The application of fuel cells has been expanding, from vehicles to power generation for homes and buildings. Hyundai will deliver three Tucson ix35 fuel cell SUVs, mounting the new localized MEA, to the Chungnam Provincial Government on Sept. 21.