After we shared the first spy pictures of the new generation Kia Optima Hybrid, the South Korean car brand surprised revealing the new Hybrid sedan today. The Kia Optima Hybrid shares its hybrid technology with the Sonata Hybrid and will have a Plug-in Hybrid model like its brother.

With the upgraded engine and electric motor, the new model will achieve a significant improvement in fuel consumption like his brother, who showed a combined rating of 18.2 km/ℓwith 16-inch wheels (17.5 km/ℓ with 17-inch wheels). This engine transfers power to the road via Hyundai-Kia Motors innovative six-speed automatic transmission.

The new unit – launched in October 2014 at the company’s annual International Powertrain Conference – houses almost all of the hybrid powertrain components within the transmission, minimizing energy losses and maximizing fuel economy. Kia developed an Active Grille or Active Air Flap (as Kia called) for the new K5 Hybrid which is capable to open & close automatically in order to refrigeration demand.

[ads id=”7″ style=”float:left;padding:9px;”]The all-new Kia Optima Hybrid (K5 Hybrid for the South Korean market) will be joined by a Plug-in Hybrid variant, which will be Kia’s first Plug-in Hybrid.

The company also plans to introduce its first dedicated Hybrid model in the second half next year, the B-segment SUV Niro.

With the addition of the Plug-in Hybrid version, Kia will offer a complete range of eco-friendly models, further boosting the model’s popularity. 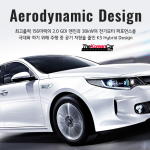 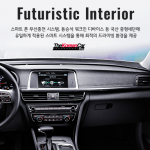 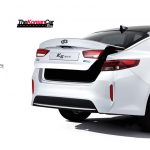 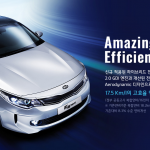 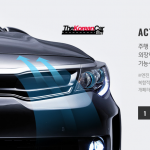 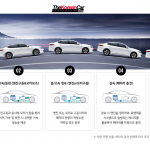